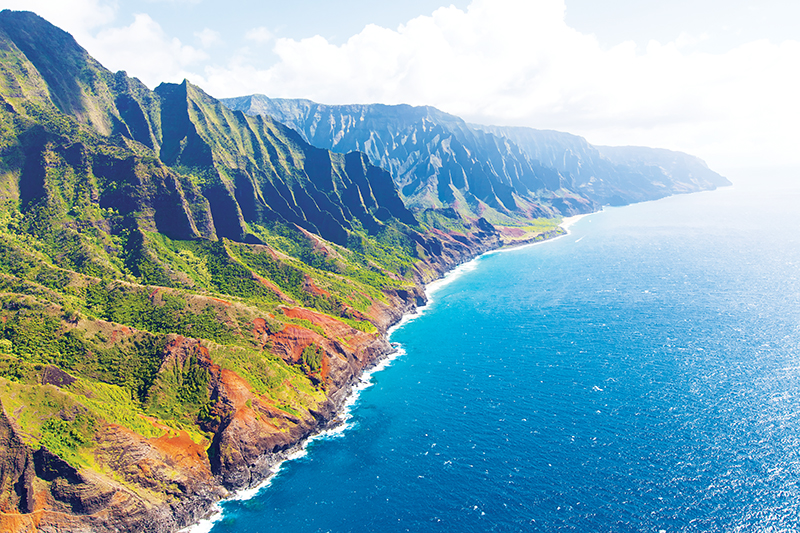 You try packing for sub-zero temperatures as sweat drips right off your nose onto the puffy jacket and snowboard socks you’re attempting to squeeze into your backpack. Anticipating drastic changes in temperature is tough enough when your journey involves a long flight across the world in an Airbus or a Boeing at 1000 km/h, but when your journey ahead is short and will be done entirely by car, well… it’s next to impossible.

But that’s what I’m doing here in Hilo on Hawaii’s (the Big Island) remote north-east coast. It’s mid-afternoon and humidity is peaking in the 90s, with temperatures hovering in the low 30s. “Pack warm, you’re going to need every bit of clothing you take,” our guide warns.

We pull out from the outskirts of the sleepy remote coastal city towards our target, Muana Kea, clearly visible on the heat-hazed horizon. Muana Kea is the Earth’s largest volcanic mountain, meaning we’ll travel from sea level to a point over four kilometres above the surface of the planet in just a few short hours.

It’s a ludicrously scenic drive; we leave coastal rainforest behind us, passing through native Ohi’a Leahua forest with its bright red wispy flowers unique to Hawaii and through ranch land till we hit the Saddle Road that criss-crosses Muana Kea. Everything outside our car looks post-apocalyptic. Nothing grows here, the Earth looks more like the moon might, with no trees or plants, just scarred and charred red dirt that drops away kilometres below us. We stop to acclimatise at 3000 metres above sea level, there’s 40 per cent less oxygen up here and many people will suffer various forms of altitude sickness in their race for the top. 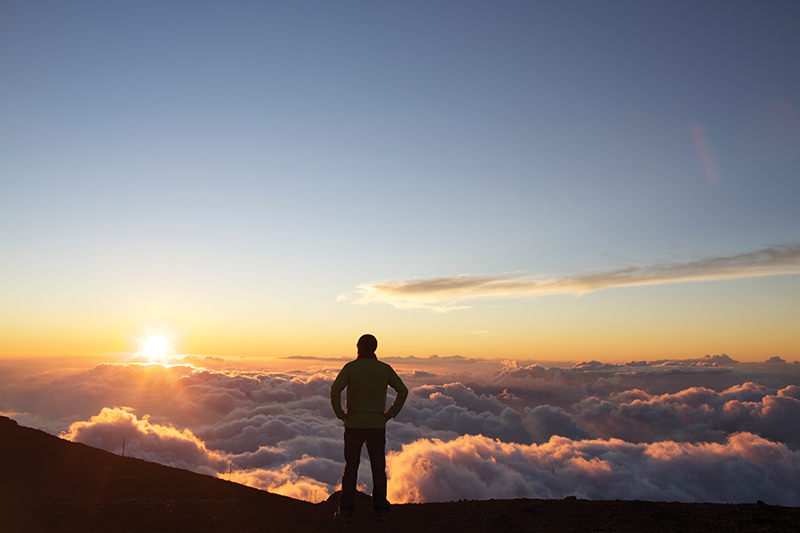 The wind blows hard as we climb the last kilometre. When we summit, I leave the car behind and hike carefully across brittle boulders to the highest point – the temperature sits just below zero as the sun sets in a blaze of toffee-brown and orange to the west. The air’s so clear here I can see Maui behind it. Moments after the sun sets, a pink moon that seems to fill a quarter of the sky rises from where the sun dropped off, ruining our chances of world’s-best star gazing you can expect here, but providing one of the rarest opportunities to study the cratered surface of the moon without a telescope.

I stand like this for hours … frozen at the spectacle, blissfully unaware of the biting cold; knowing I’ll soon be sweating again by the sea.

There’s no more stunning landscape on Earth than the one you’ll find across the islands of Hawaii. Over 50 volcanic mountains – some active and some long, long extinct – are situated across a 2500-kilometre-long strip of shield volcanoes that move on a natural conveyor belt across a hot spot in the Earth’s mantle. And so because of this, you’ll find the world’s tallest mountain range in Hawaii (okay, so much of it is under the Pacific, Muana Kea actually stands at 10,100 metres, but all but 4,307 metres sit below the ocean) and the highest concentration of ecological zones anywhere in the world.

I intend to witness the evolution of Hawaii’s volcanoes by taking a journey from here on the Big Island – the only island still actually growing in Hawaii – west to Maui, and onwards to Kauai, Hawaii’s oldest inhabited island. 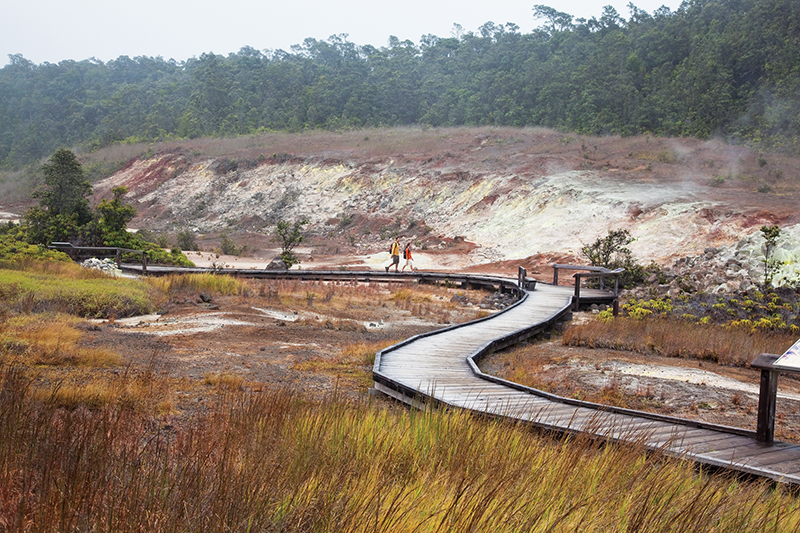 My journey begins on the Big Island where landowners look as if they’re hanging onto sloping, razor-sharp lava fields all around the roads out of Kona, where I’ve landed. The Big Island lacks the huge tourist numbers of Maui and Oahu, but it’s the Hawaii I’ve imagined all my life. I pass sleepy former sugar towns with alternative cafés and health stores to seven famed enormous valleys on the island’s remote north-west coast, where only a few locals live within the deep crevices of volcanically created peaks and troughs, home to their rambling vegetable patches and to untouched, and unexplored, jungle. This is some of the Earth’s most striking coastline, here huge waves break onto hidden black-sand beach bays and any visit requires a fair hike in and out.

But it’s active volcanoes I’m looking for on this, the most seismically active of all the Hawaiian islands. And there’s nowhere better to observe active volcanoes on Earth than the aptly named Volcanoes National Park, located south of the city of Hilo. Located at the base of Muana Loa, the world’s largest shield volcano (located right beside Muana Kea) the park allows visitors to safely hike across some of the world’s most active volcanoes. You could spend days at this park alone, following the crater rim of smoking volcanoes and walking across huge plains of crusted black lava that cracks like sheet glass as you pass over it. To say that being here is eerie is to understate the experience, there are areas of the park closed off at times by rangers – deaths have occurred here, though mostly where visitors venture too close to unstable pieces of new land created by eruptions, rather than being consumed by boiling streams of molten lava. 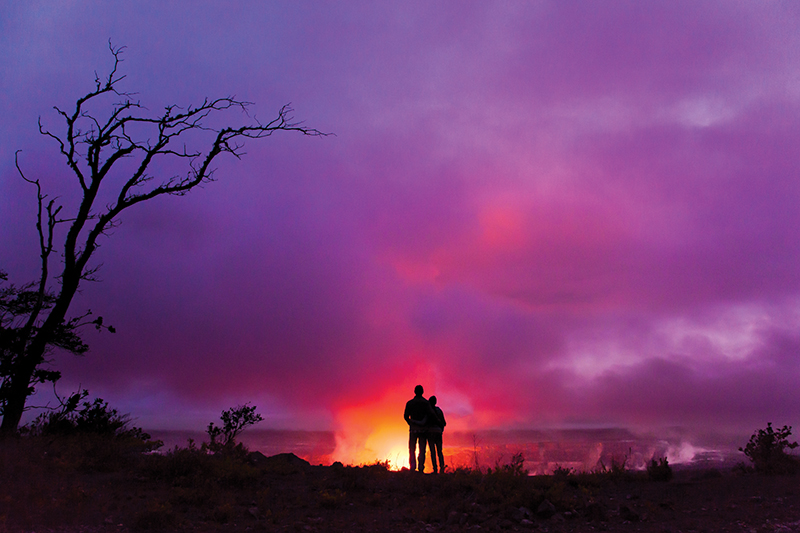 I depart the Big Island and head 500 kilometres west… and five million years back in time… to what’s regarded as Hawaii’s most beautiful island. A few million years gives enough time for plunging valleys of lava to be covered in thick green rainforest, creating arguably the prettiest natural landscape on Earth. Kauai is the least populated of Hawaii’s islands – the difference between the often gnarled and deathly sharp lava surface of the Big Island and here is instantly obvious. I take a helicopter across the entire island. Below me lies the setting of over 100 Hollywood movies – from Jurassic Park to King Kong, as well as the world’s wettest location, a gaping chasm that Mark Twain dubbed “the Grand Canyon of the Pacific” and a fabled blue-water coastline where many a besotted surfer has escaped to and never returned. Kauai is also home to the world’s top coastal hike: the Na Pali coast, completely inaccessible by road.

Located on Kauai’s picturesque north coast, I follow a path cut beside a swirling, angry ocean that takes me towards the jungle-encrusted caldera of an ancient volcano where ancient Polynesian communities had lived right up until the start of the 19th Century. It’s a glorious walk, with the sun overhead shining on the blue waters of the Pacific beside me. I cross rivers, walk across huge bays of hot-sand beaches and keep going beyond along a trail that takes you to where a civilisation dating back 1000 years once ruled. 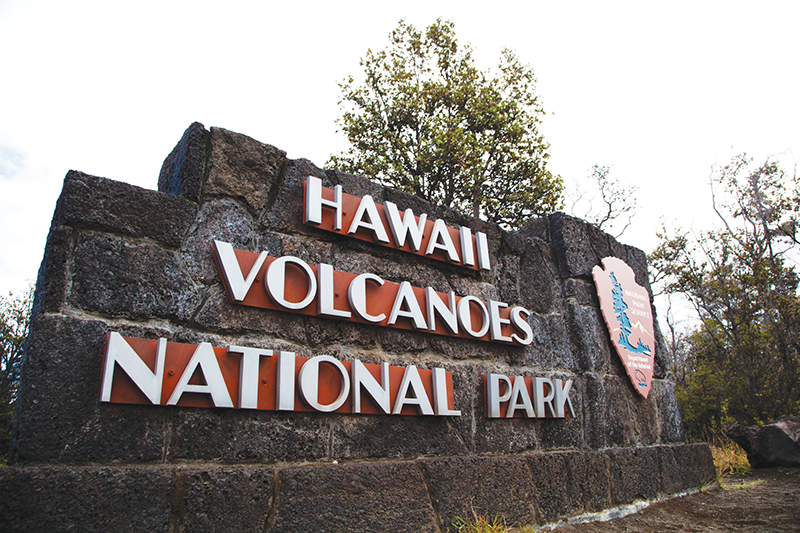 If Kauai is Hawaii’s most beautiful island and the Big Island is its most volatile, then Maui must surely be its most revered. It’s the go-to locale for Hollywood’s biggest stars – some of whom reside on the island year-round. I travel 360 kilometres east – and around four million years forward in time – to the fabled white-sand beaches of Maui. While the beaches here live up to expectation – think blue, warm water unloading onto big, wide sandy bays – it’s the topography of the island that’s every bit as spectacular. For it’s here on Maui that you’ll find the only active volcano outside the Big Island, the 3000-metre-high Mt Haleakala (the world’s largest dormant volcano). Though it hasn’t erupted in over 300 years, it provides one of the weirdest and most wonderful volcanic landscapes in the entire Pacific. Ancient Hawaiians came here to worship their pagan Gods, I climb to the top at sunrise to salute the new day, joining a league of eager hikers along the way, trudging across crunchy trails of fossilised lava, stopping at lookouts sprinkled right across the rim of Haleakala’s crater. Just like Muana Kea, nothing grows near the top of Haleakala, instead its famed lunar-like landscapes roll on for miles in every direction. 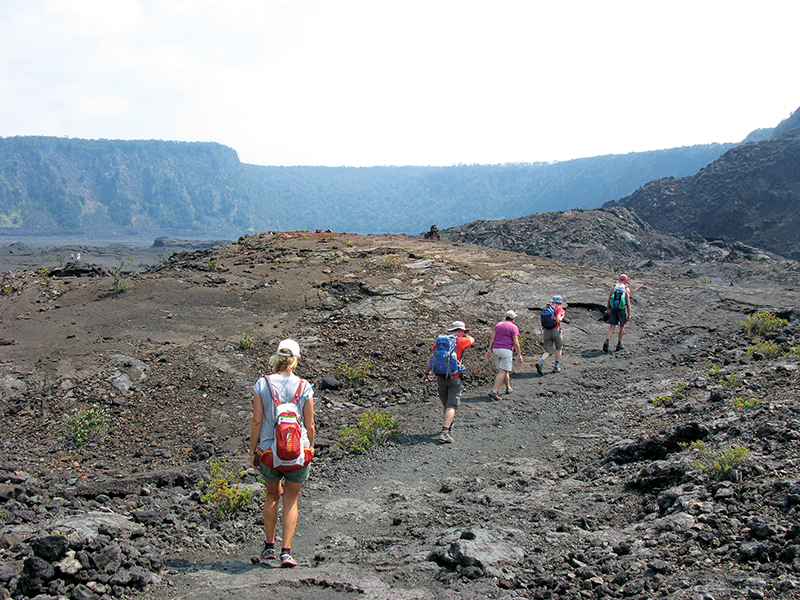 But it’s the Road To Hana that attracts perhaps the most attention on Maui, and it’s rightly deserved. Located along the island’s more remote east coast, volcanic activity has chiseled out one of the most striking coastline drives in the world. There’s 600 twists along the Road To Hana, and 54 one-lane bridges, so don’t be in a rush, take your time and stop and hike short trails to swimming holes and stop at seaside villages for coconuts and mango shakes where perhaps you’ll rub shoulders with famous residents like Woody Harrelson.

For all its notoriety as a beach and surfing mecca, I discover Hawaii’s true appeal can be found in its mountains – those carved out over millions of years of intense seismic activity, some of which is still happening right in front of your eyes on the Big Island. And it’s when I’m traipsing through a remote village on the Big Island’s volatile east coast – a village that was only five years prior overrun by molten lava after an eruption – that I understand the real appeal of what Hawaii offers the adventure-seeker.

A local shows me around his backyard, covered in half a metre of black, crackly lava. He looks beyond his yard, to where waves crash across a striking coastline. “It takes you out of yourself (being here amongst volcanoes),” he says. “Puts us back at the beginning of everything on this planet.” • 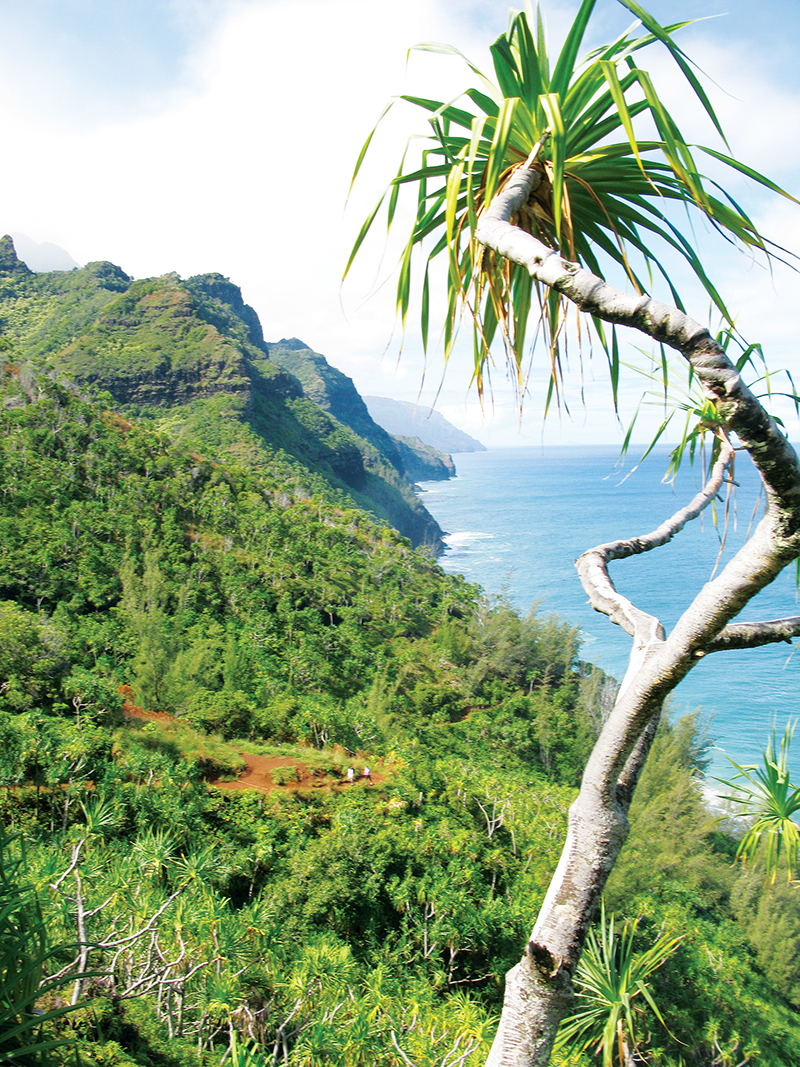 Getting there
Jetstar flies to Hawaii from Brisbane three times a week, from Melbourne four times a week and from Sydney daily. jetstar.com
Hawaiian Airlines flies daily to Honolulu and onward to Kauai, Hawaii and Maui. hawaiianairlines.com.au