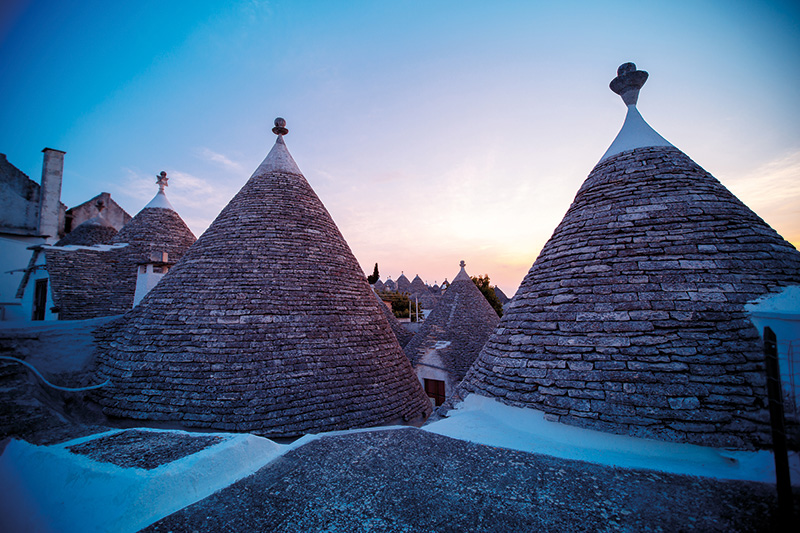 Discover the attractions of the heel of Italy with Tauck, on a small group tour with all the trimmings. Visit Matera, the Subterranean City, where the Sassi houses are caverns and the streets are sometimes the roofs of other houses. See the Trulli houses – tiny fairy castles made of limestone slabs, Castel del Monte, a 13th-century citadel, the Renaissance frescoes at the Basilica di Santa Caterina d’Alessandro in Galatina, and an entire village of cave dwellings at Lama D’Antico that is hidden among olive groves. Stay in fortified 16th-century farmhouses transformed into elegant hotels, and a modern castle resort overlooking the Mediterranean, and tuck into exquisite cuisine along the way.
Tauck’s eight-day ‘A Week in Puglia’ tour will run between March and October 2017.
tauck.com.au