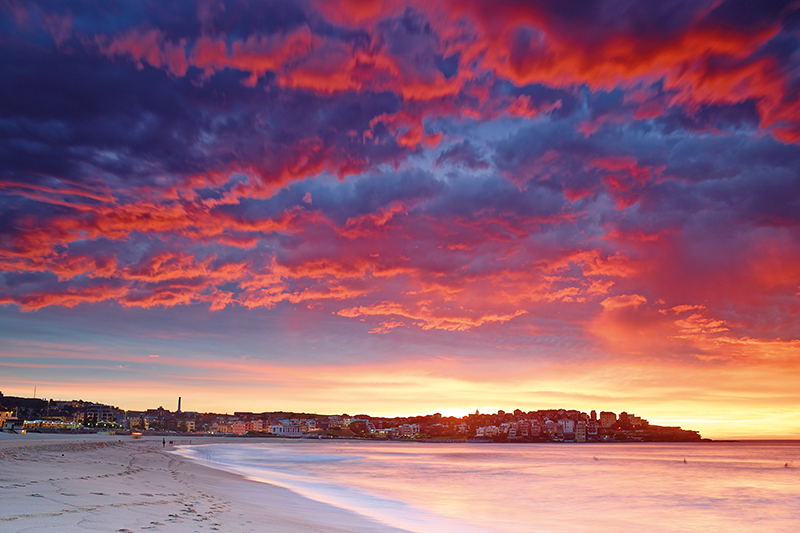 Bondi Beach is more than a strip of sand; it’s a stage on which the drama of human life is played out. “Every day is different. You meet all sorts of interesting people, from Buddhist priests to transvestites. There’s always something going on,” says photographer Eugene Tan.

Tan knows the beach better than most. Not only does he live 300 metres away; for the past 15 years, he’s been getting up at first light to shoot the action on the beach. He displays the images on his website, Aquabumps, which has garnered a legion of devoted followers around the world, hooked on the pageantry of one of the world’s most famous beaches.

Perhaps the most surprising thing about his images is how diverse they are. They range from seascapes to actions shots to portraits of locals. From triumphant spray-flecked surfing shots to misty mornings or architectural silhouettes, Tan says he never knows what he will shoot before he hits the beach. 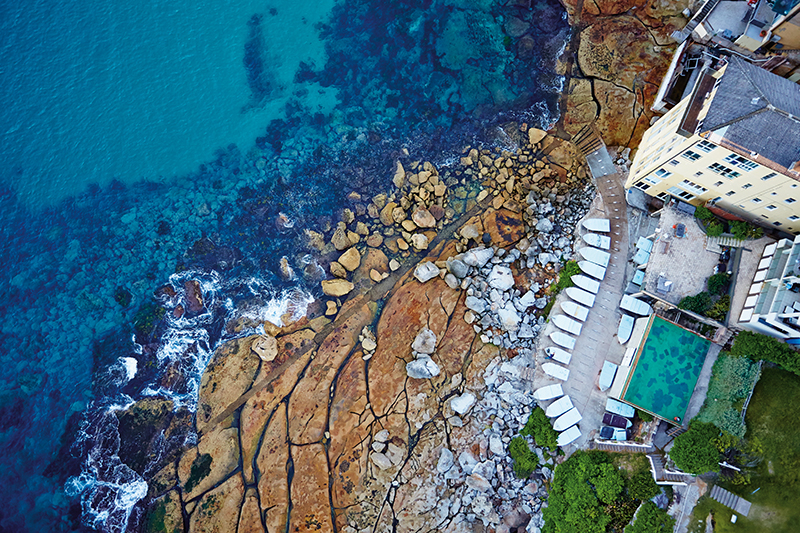 “I’m illustrating what’s happening,” he explains. “When the waves are good, I take high energy surf shots. If it’s dead flat but a beautiful morning, I focus on portraits.” He has immortalised a wide range of locals, from dapper older gentlemen to ‘Ms Antarctica’, Eugene’s pet name for a dedicated surfer chick who’s out in her bikini all the way through winter.

His favourite shots, however, are the ones he takes from the water, his camera protected in a waterproof housing. “I love swimming with the camera, shooting through the waves. You feel part of the action.”

Tan’s photography started as a hobby, developed into a business, and has now become a phenomenon. Aquabumps has spawned a gallery (in Bondi, naturally), two books, a swimwear collaboration with Speedo and Haviana thongs, as well as an online juggernaut that includes 40,000 email subscribers, 58,000 Facebook followers and 150,000 unique website visitors a month. 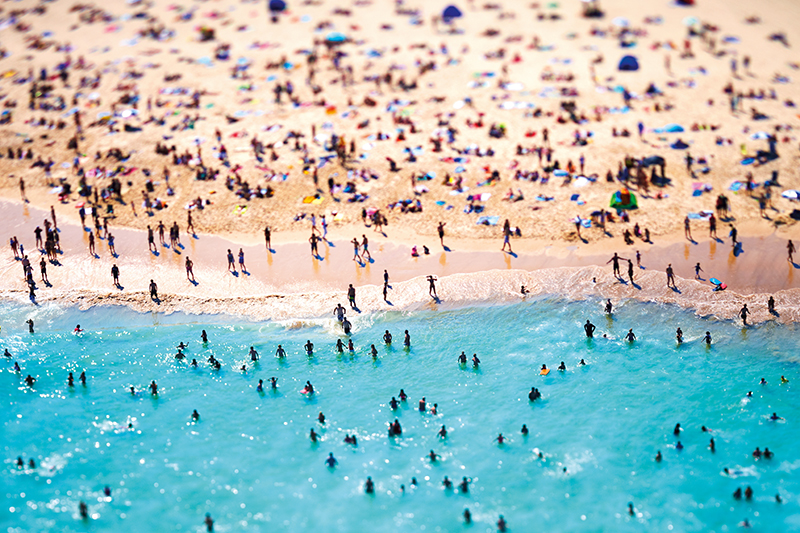 “TV shows like Bondi Rescue have put Bondi centre stage,” he says, commenting that the suburb has evolved over the many years he’s lived there. “It’s going through a golden era at the moment. Twenty years ago, it was very working class. Now there’s lots of money, lots of nightlife, much more sophisticated bars and restaurants.”

His focus, however, is firmly on the beach and its immediate surrounds. He captures surfers as they wait for waves, or as they carve it up; he shoots the skies when they are sullenly grey or glowing with a saturated sunrise; he shoots the clouds as they skim the buildings on Ben Buckler Point.

“The beach in the morning is a great place to be,” says this thoughtful man. “The light at the beginning of the day is amazing. The sun comes up over the ocean and creates these beautiful colours.” 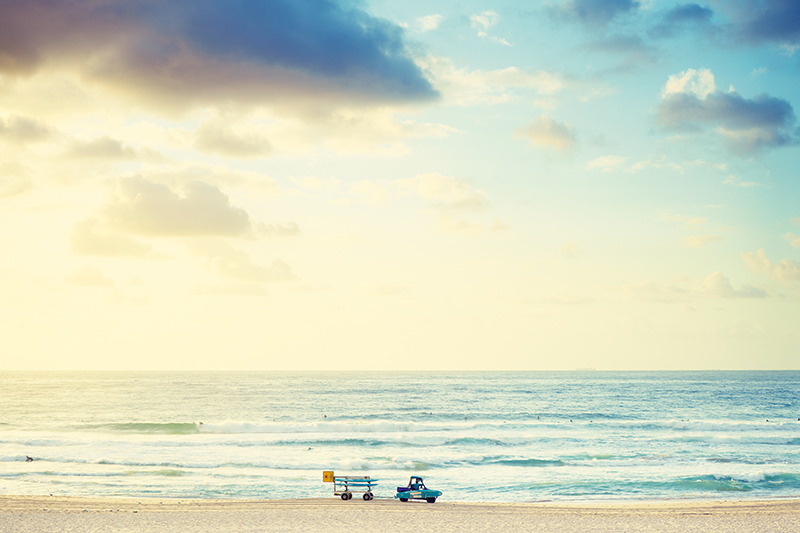 Some days, the Aquabumps photos tell a sadder story. One melancholy photo he posted late last year showed search helicopters skimming low over the waves, looking for a swimmer lost at sea. Earlier this year, he captured the cast of TV’s Modern Family as they shot on the beach, including Sofia Vergara, working a fluorescent swimsuit.

“I got a tip-off they were filming that day,” he says. “There were 40 trucks in the car park. Apparently it was only a 10-minute segment, but the filming took the whole day.”

In his mornings down at the beach, Tan has seen everything from migrating whales to dead sharks to police operations. Most of it he has captured on camera, but there’s always the one that got away. 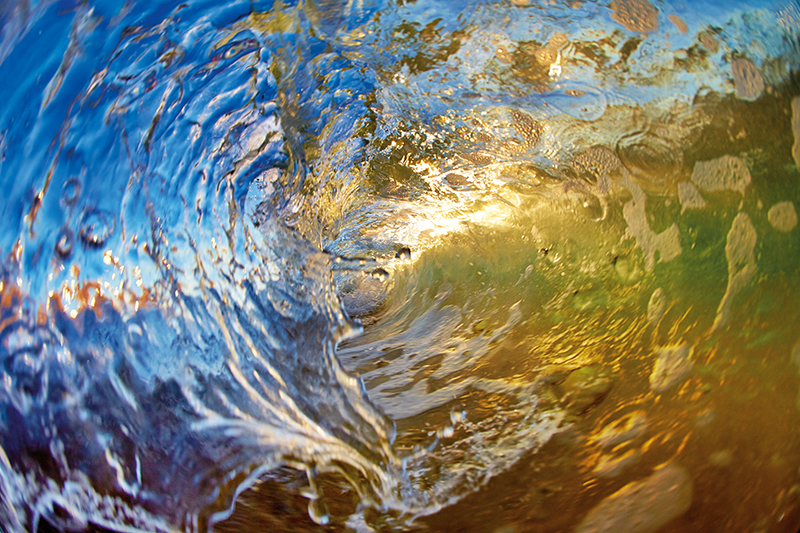 “I pulled up one morning in the car park in the dark and when I put the headlights on, I saw that on the sand there was a bunch of nude people who’d made a human pyramid: 15 guys with one girl on top. They were tourists, still partying from the night before. Unfortunately it was too dark to shoot it.”

The only days that are a challenge, he says, “is when it’s raining so hard, you can’t get the car door open.” Even on the rainiest day, however, he posts a photo, focusing for instance on a rain drop quivering on his car’s windscreen wiper.

Bondi Beach changes character over the course of a day, a process Tan charted in his first book. A Day At Bondi covered the beach in all its moods, from the serene morning through to the lengthening afternoon shadows. 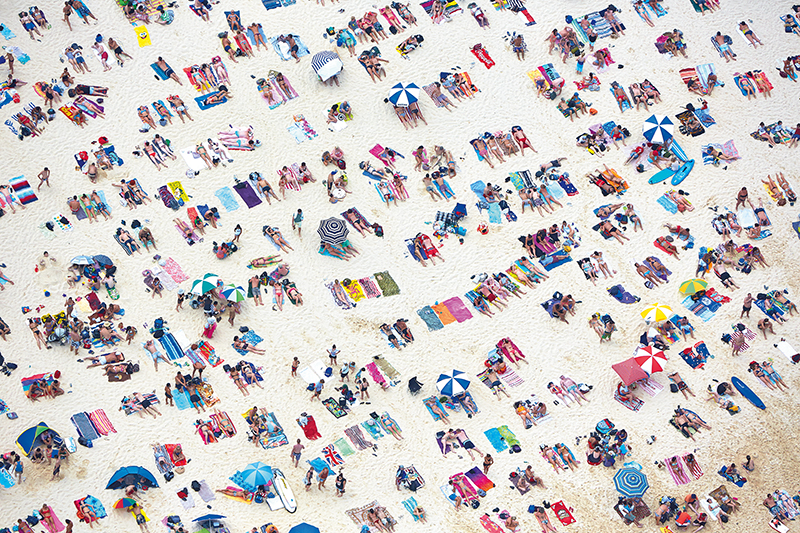 “The mornings are very quiet. You get the committed locals: some surfers, some swimmers, some just coming down to meditate,” he states. “By lunchtime you have different factions, the sunbakers down at South Bondi, the kiddie brigade at North Bondi.”

The summer crowds can sometimes be overwhelming. “On the busiest day, you’ll get 50,000 people down here. Some days there are so many people walking or jogging along the promenade, you can’t actually see the pavement.”

Tan has just released his second book, The Beach Blog, which includes scenes not just from Bondi but from other beaches he has visited around the world. The beautiful coffee table book contains 1000 photos, his favourites of all the photos he has shot over the years. The captions are handwritten and the page edges gilded black. It’s a labour of love – or, as he describes it, “a love job”. 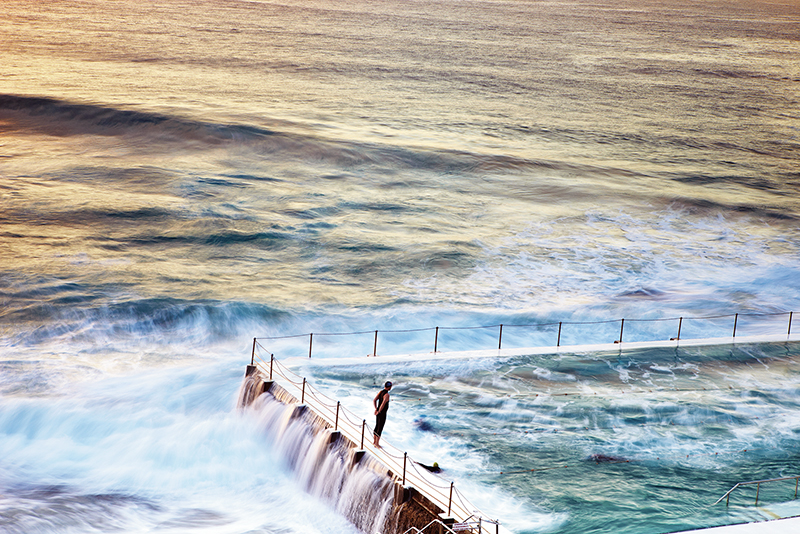 “The hardest thing was narrowing down the images,” Tan say. “That took two years.”

His success has bought its own challenges, including a legion of imitators. Finding new ways to do things is therefore a priority. One of Tan’s trademarks is his aerial views, from coastal panoramas to shots focusing on the patchwork patterns beachgoers make on the sand.

“I’d always wanted to shoot from a helicopter, but couldn’t afford it. My wife gave me a flight as a Christmas present one year and from that one flight I got so much material, I’ve been doing it ever since.” •


To purchase photos, or to order a copy of The Beach Blog, or A Day at Bondi, go to aquabumps.com 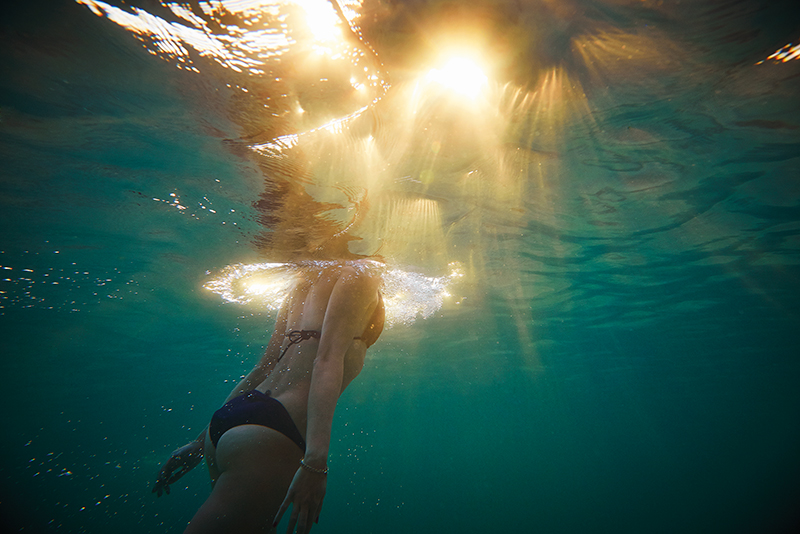