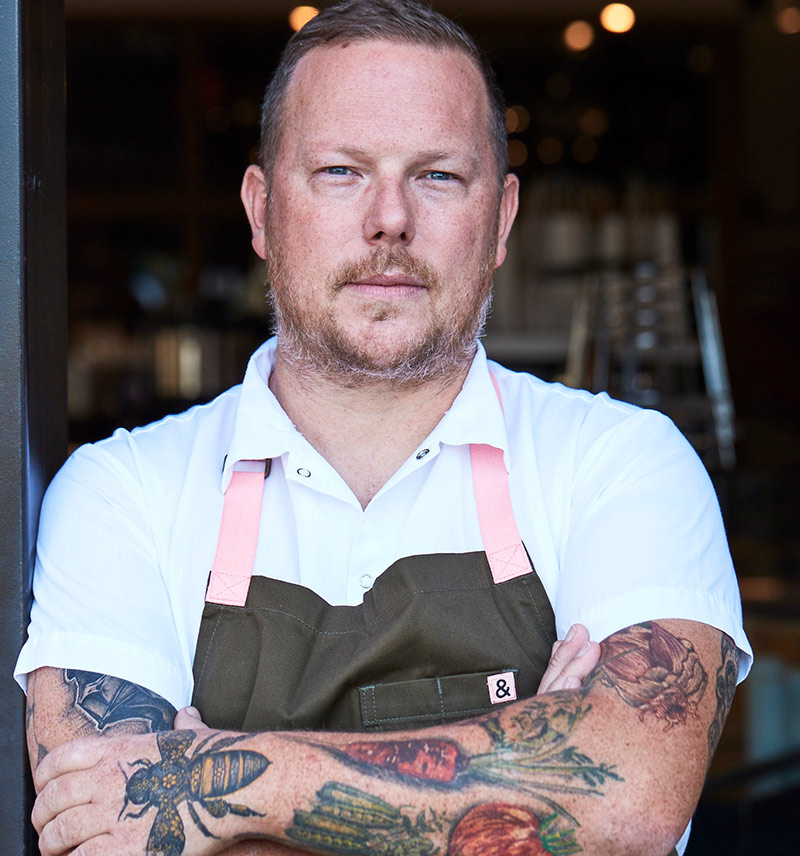 Los Angeles-based chef Jason Neroni, of Rose Cafe, will join Monty Koludrovic, of Icebergs Dining Room & Bar and The Dolphin Hotel, at  Good Food Month event California Soul in October. Here are his insider tips on where to eat in LA.
.
Where is your favourite place to eat in LA and why? Little Osaka. Tsujita does the best ramen. Also, there are some great sushi places with really good okonomiyaki, Japanese savoury pancakes with okonomiyaki sauce, aonori (seaweed flakes), katsuobushi (bonito flakes), Japanese mayonnaise, and pickled ginger (benishoga). My favourite taco truck is La Isla Bonita, which is near The Rose

What is the latest food trend in LA? There are a lot of people cooking with fire and wood nationawide. A great example is Gwen, a European-style restaurant and butcher shop by Aussie chef Curtis Stone that is redefining fine dining in LA with fire-based cooking techniques. I’ve also noticed a return to minimalism at places like the unassuming Kato restaurant with its casual Japanese/Taiwanese tasting menu. I also love Rustic Canyon and Michael’s in Santa Monica, which has just been taken over by new chef Miles Thompson.

What do the LA and Sydney food scenes have in common? I haven’t actually been to Sydney before, so I’m really excited to see the similarities and differences between the two food scenes and hopefully take some Aussie inspiration back to LA!

What is your hottest travel tip for those heading to LA? Explore as much as you possibly can. There are great restaurants, hideaways, taco stands, strip malls, and sushi shops. Explore Little Osaka or others call it Little Tokyo in Sawtelle.

What are you most looking forward to on your trip to Sydney? Checking out all the incredible produce and fresh seafood that’s on offer, especially in Sydney as it’s right on the water so I know there’s a lot of fresh local seafood. I also really want to try kangaroo. I’ve heard it’s delicious.

Who are your favourite Australian chefs? My friend Paul Carmichael, the executive chef of Seiobo Momofuku. I also have a passion to eat at chef Tetsuya Wakuda’s restaurant as I’m inspired by his recipes. Attica would also be on the list if I had the time.

The California Soul event is on October 12 from 6.30pm – 10.30pm.  The event will allow Jason to showcase his style of Cali cool cooking alongside Monty, who grew up in the laidback village of Byron Bay. Visit Goodfoodmonth.com.au