You can dip your toe in the bluest of waters and the reddest Outback dust you will ever see, wander through a rainforest, take a walk on the wild side through bushland, leave footprints on a secluded beach, watch a kangaroo hop by and spot a koala snoozing in a gum tree – that’s Australia for you.

There’s so much to see and do. Here’s a list of just some of the attractions and places you don’t want to miss on travels down under. 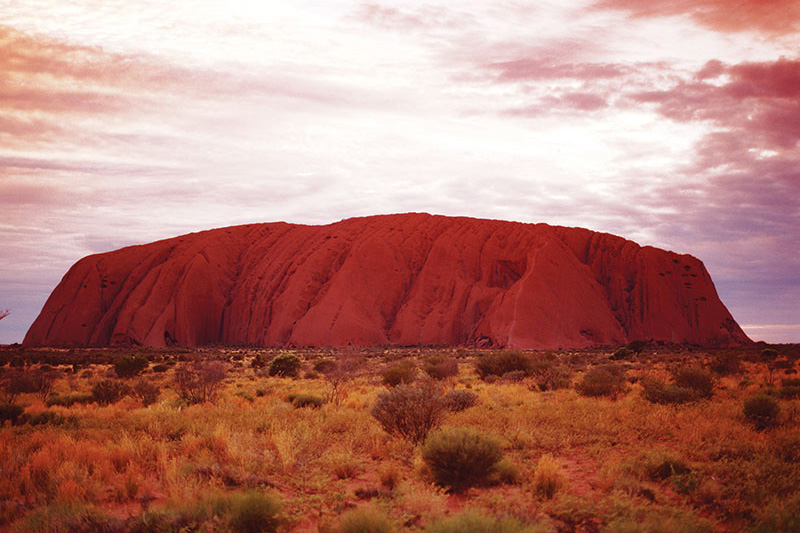 Red dust isn’t the only thing that gets under your skin at Uluru in the Outback.
Listen to the spiritual tales of Australia’s first inhabitants as you walk, cycle, helicopter or drive around the massive sandstone monolith that’s about 700 million years old. Visit the domes of nearby Kata Tjuta and indulge in Voyages’ Tali Wiru, a five-star gastronomic adventure atop a remote sand dune. Watch a stunning sunrise or sunset from the back of a camel, see more stars than you can ever imagine and be seduced by the sound of a didgeridoo – it’s all part of the Northern Territory magic. 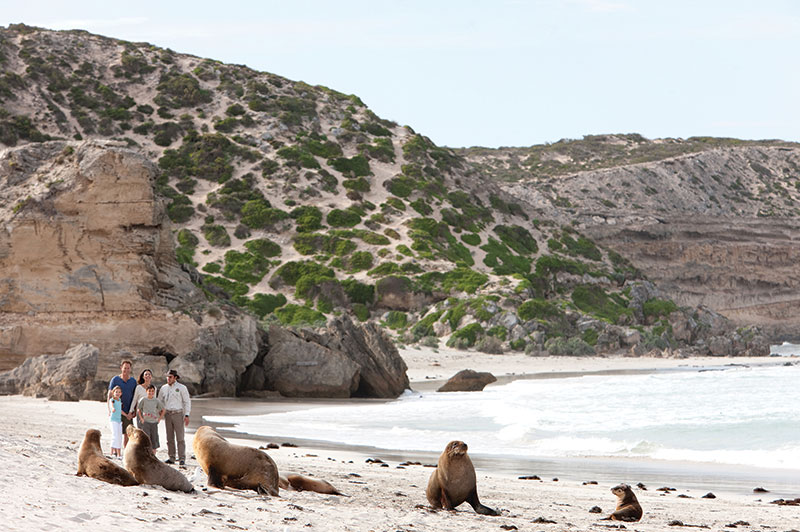 They aren’t called the Remarkable Rocks for nothing – perched above the blue waters in South Australia’s Flinders Chase National Park, the huge granite boulders have been tempered by nature. Known as KI for short, where fresh air is scrubbed by the Southern Ocean, this unique island has 21 national and conservation parks, 700 species of native plants, 200 species of birds, magnificent beaches and great wineries. Swim with dolphins at Baird Bay and visit Seal Bay Conservation Park. Vivonne Bay has been proclaimed Australia’s best beach but that’s a tough call – there are so many stunners. 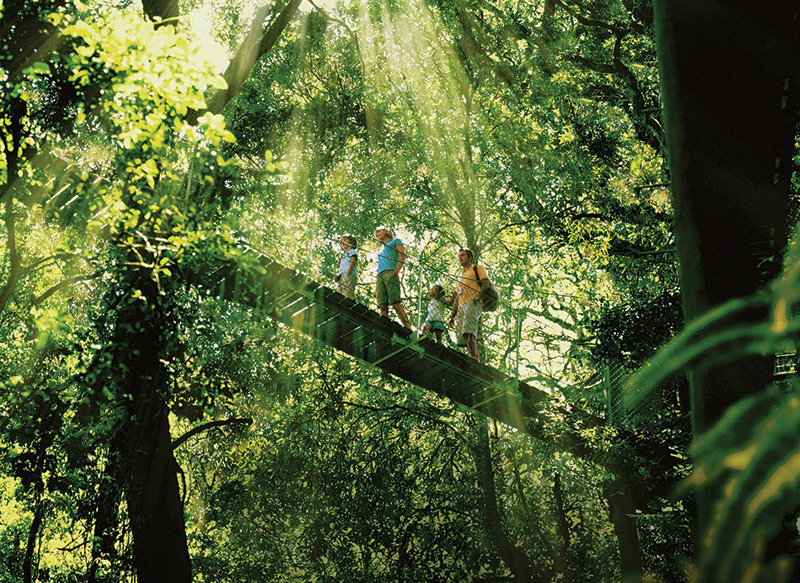 A stone’s throw from the glitz and glamour of Queensland’s Gold Coast is an amazing hinterland full of surprises. Visitors can wind their way for 54 kilometres along the rim of the ancient Tweed Volcano and over the rainforest-clad hills and steep escarpments of Lamington and Springbrook National Parks. View Cedar Creek Falls at Mt Tamborine and keep an eye out for 250 species of wildlife. Immerse yourself in the landscape at Binna Burra ecolodge and O’Reilly’s Rainforest Retreat where you share the grounds with eagles and quolls – a haven for nature lovers. 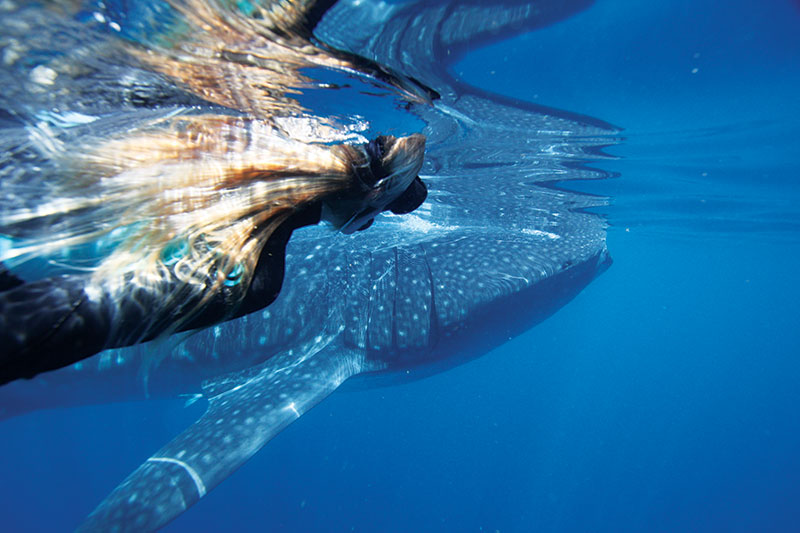 Take a dip with the world’s largest fish at Ningaloo Reef at Exmouth on Western Australia’s Coral Coast. The harmless gentle giants cruise the world’s oceans in search of concentrations of plankton to feed on, and the Ningaloo Reef is one of the only places on the planet they congregate in large numbers between mid-March and end of July.
Snorkel tours allow swimmers to get up close and personal with these massive filter feeders that can grow up to 18m long – definitely a bucket list experience. 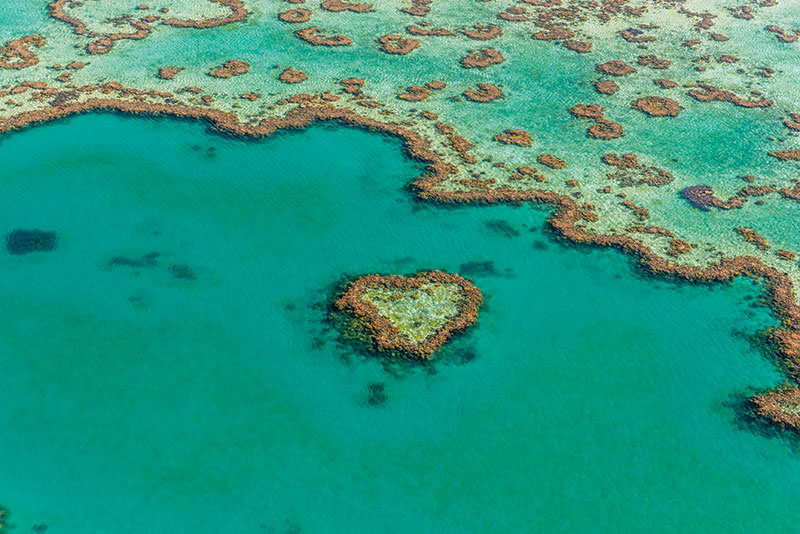 Expect blue overload as you plunge into the warm waters of Queensland’s Great Barrier Reef. Grab a mask and snorkel or dive deeper where colourful fish and more than 600 different types of coral take centre stage. Tours to the outer and inner reef offer an up close and personal look or you can hover over the reef by helicopter. Romantic Heart Reef in the Whitsunday’s triggers many in-flight proposals. Hamilton Island’s luxury Qualia resort and One&Only Hayman Island Resort add even more to the Reef experience. 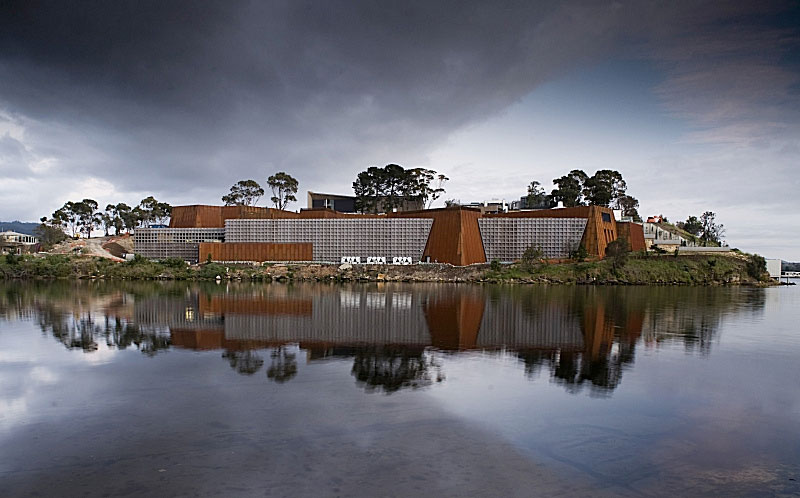 Be prepared to be stunned, shocked and serenaded – all within the first five minutes of a visit to Mona. Hobart’s Museum of Old and New Art, the brainchild of betting magnate and art collector David Walsh, houses a collection of the world’s most infamous and thought-provoking contemporary art. Located within the Moorilla winery on the Berriedale peninsula, the building’s subterranean design and the unconventional approach make it a must-see. The museum is on the Derwent River, just 15 minutes’ drive north of Hobart and is also home to Source restaurant and Mona Pavilions. 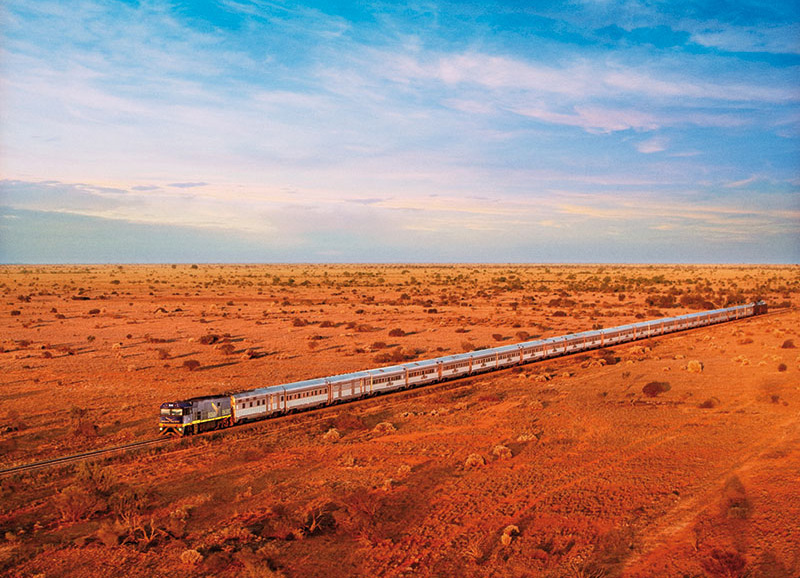 It’s the perfect way to see Australia without stopping at a traffic light – all you have to do is look out the window on this quintessential train trip from Perth to Sydney or vice versa– a 4352 kilometre, 65-hour adventure. One of the world’s great train journeys, do it in style in Platinum and Gold class with en-suites and gourmet dining or settle into a recliner seat in economy class. Highlights of the coast-to-coast journey include the Nullabor, Broken Hill, Adelaide, Cook and Kalgoorlie. 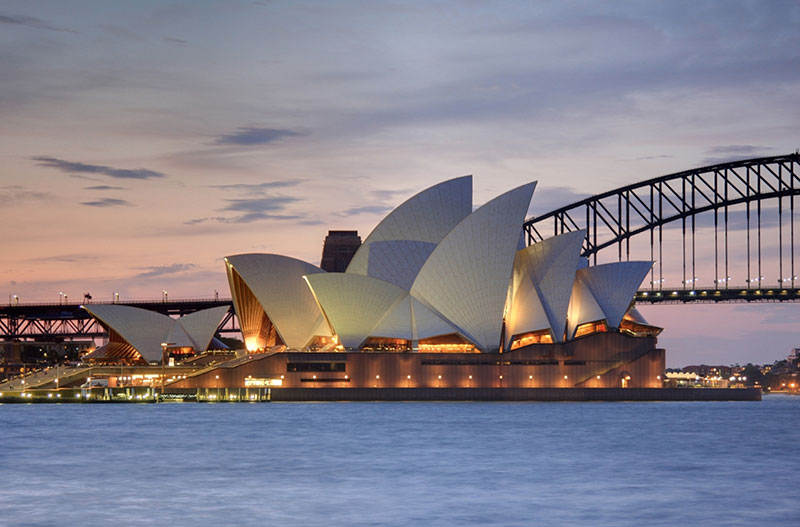 This grand dame of “look at me” architecture has been turning heads since 1973 and remains a knockout. Attracting seven million visitors a year, she was designed by Danish architect Jørn Utzon, who never saw her completed. The “sails” are covered in a million tiles of glossy white and matte cream that catch the sun. Take a backstage tour, sip bubbles at the Opera Bar in the shadow of the Sydney Harbour Bridge or dine at the new Bennelong restaurant where chef, Peter Gilmore gives his twist on the Opera House sails – a pavlova creation almost too good to eat. 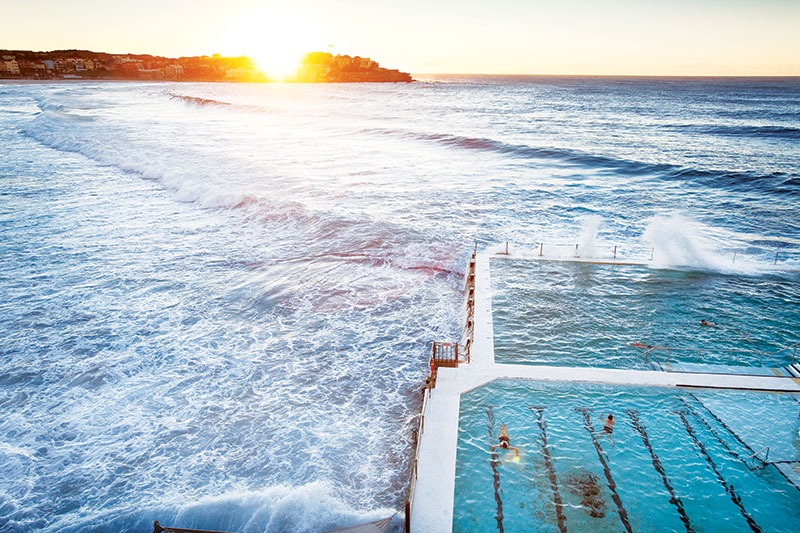 Suck in the salty air that wafts in on that Bondi breeze and you will feel a million dollars.
Bondi Icebergs Swimming Club is Australia’s oldest winter swimming club – members must complete 75 swims over five years in winter. You can watch pool and beach happenings from the iconic Iceberg bar with a Number 346 cocktail or for a health boost try a Where the Wild Things Grow Super Green Smoothie on the Terrace Bar. Delicious Italian cuisine is served in The Dining Room. After all that indulgence, lace up your runners and do the Bondi to Bronte coastal walk – full of sensational views or just people watch on the beach. 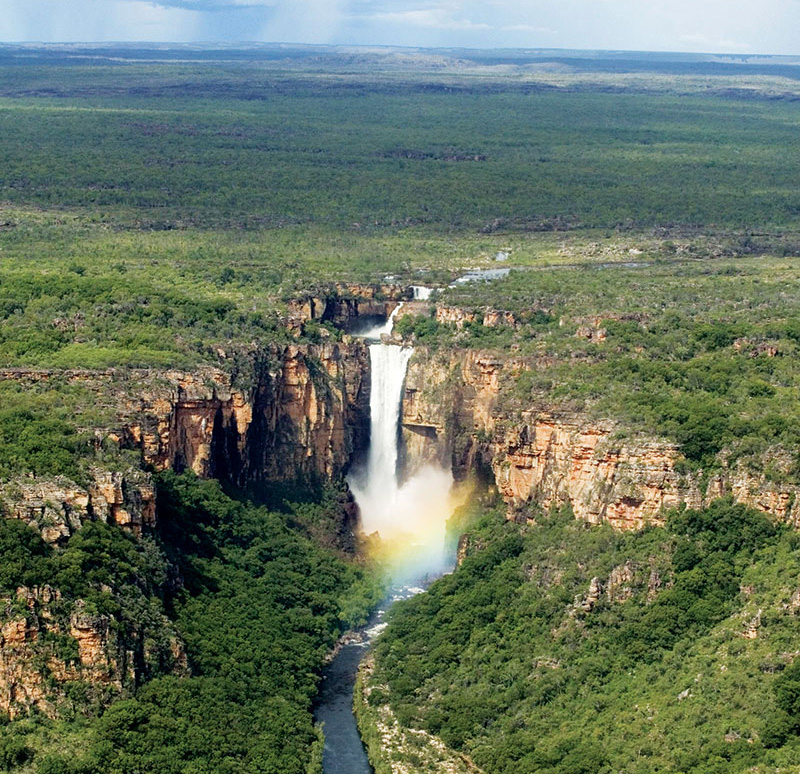 The words ‘Never smile at a crocodile’ ring true at Kakadu in the Northern Territory. From tumbling waterfalls to waterlily-strewn billabongs it is home to more than 5000 recorded art sites showcasing Aboriginal culture over thousands of years. Striking colours, stunning landscapes, the mysteries of indigenous life and time-honoured traditions are what this vast land is all about. Jump aboard a Yellow Waters cruise for a great view of the wetlands and those crocodiles sunbaking on the banks and keeping a beady eye on you. 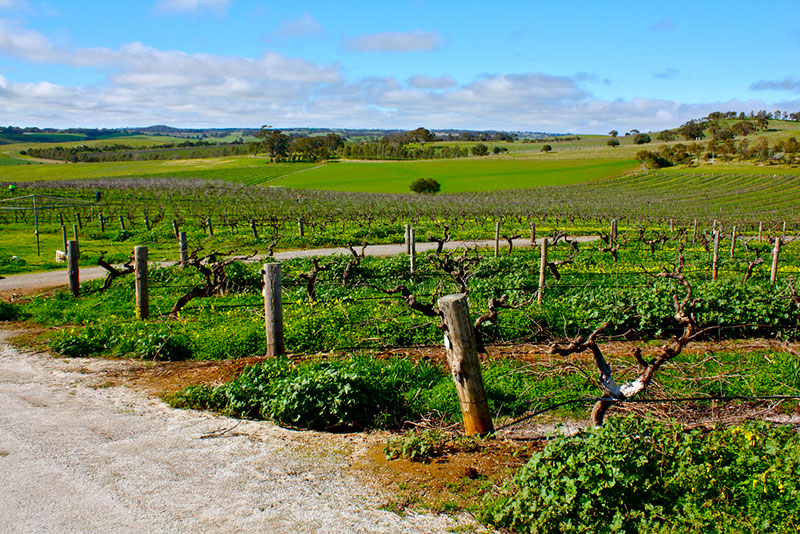 It’s vineyard hopping at its best in South Australia’s beautiful Barossa Valley.
Today thousands of hectares of meticulously-maintained vineyards make up the picture book landscape with some of the old shiraz vines dating back to the very first days of Barossa settlement in 1842.
There are more than 160 boutique wineries and 80 cellar doors including big guns Penfolds, Henschke, Peter Lehmann, Wolf Blass and Yalumba. It is renowned for full-flavoured and luscious shiraz as well as outstanding cabernet sauvignon, grenache and mourvedre. The dining and accommodation options are also superb. 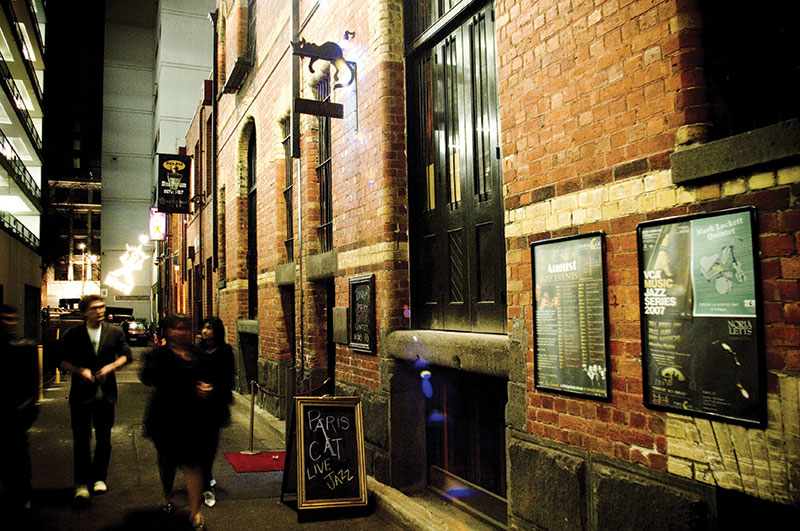 Cosy up in a tiny bar or groovy café in one of Melbourne’s colourful, lively laneways for a fun time. Threaded throughout the CBD, each laneway, some complete with cobblestones, has its own personality and is decorated by eclectic street art.
Most notable are Hosier Lane known for its street art scene, Centre Place for great coffee and ever changing artwork and brick-paved Hardware Lane, lined with old warehouse facades. We have all heard of highways to hell – well these are definitely laneways to heaven – the coffee and the art are so good. 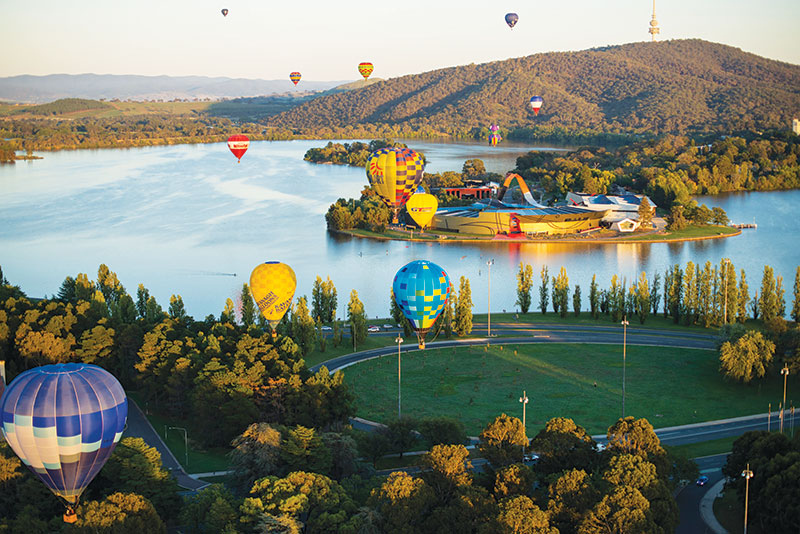 Hot air often rises from Australia’s parliament house, but for one of the best views of the capital, climb aboard a hot air balloon. The country’s capital was selected in 1908 as a compromise between rivals, Sydney and Melbourne. Don’t miss the Australian War Memorial that pays homage to lives lost in conflict and view some of Australia’s finest art at the National Art Gallery. Walk or cycle around Lake Burley Griffin, an artificial lake in the centre of Canberra and don’t forget to play spot the politician. •