America’s next boom town, Austin has one of the fastest-growing populations in the US, and many alternative residents, including a stack of vegans, cyclists and hybrid car drivers. Many are drawn to the Texan capital because of the city’s liberal views, the tech industry, its fantastic food, world-renowned festivals, and enduring love affair with music. It’s home to the Texas Longhorns, Sandra Bullock, Matthew McConaughey, Andy Roddick and film director Robert Rodriguez. 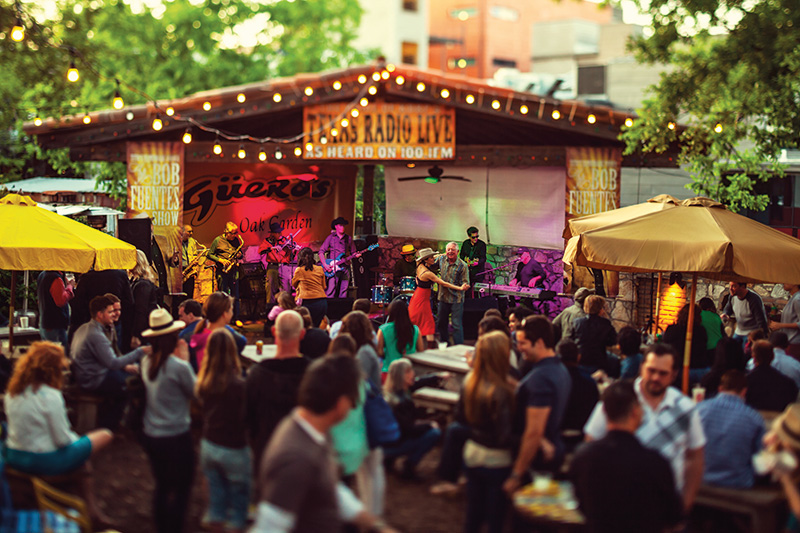 Austin is known as the Live Music Capital of the World and certainly lives up to its reputation. Willie Nelson pioneered Austin’s legendary music scene, which even put Janis Joplin on the map. Even on a school night, you’ll find more than 30 bands playing; on weekends at least 100 acts perform across the city. It started with country and the blues, but now there’s every type of music imaginable.

Sixth Street, colloquially known as “Dirty Sixth,” is where most of the action happens. There’s live music on practically every street corner, and it has the feel of New Orlean’s Bourbon Street, albeit decidedly cleaner and safer. Typically, the street is closed to traffic (weekends and special events) at night making it fun to stroll past drinking dens full of college sophomores downing cheap drinks. You can watch guys and girls ride mechanical bulls, and grab yourself a beer at any number of watering holes. If serious cocktails are more your style, head to Midnight Cowboy, a modern speakeasy housed in a former brothel. Be sure to read up on the house rules before you go (two drink minimum) and make a reservation online.

IT ALSO HAS RAINEY STREET 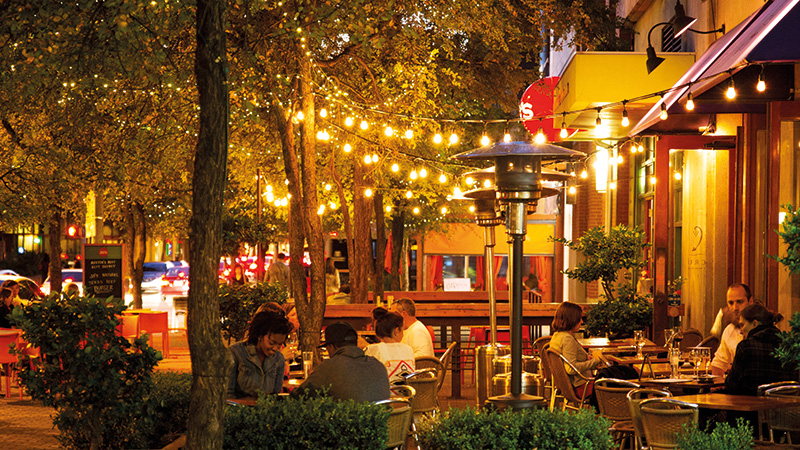 THERE’S A TACO FOR EVERY OCCASION 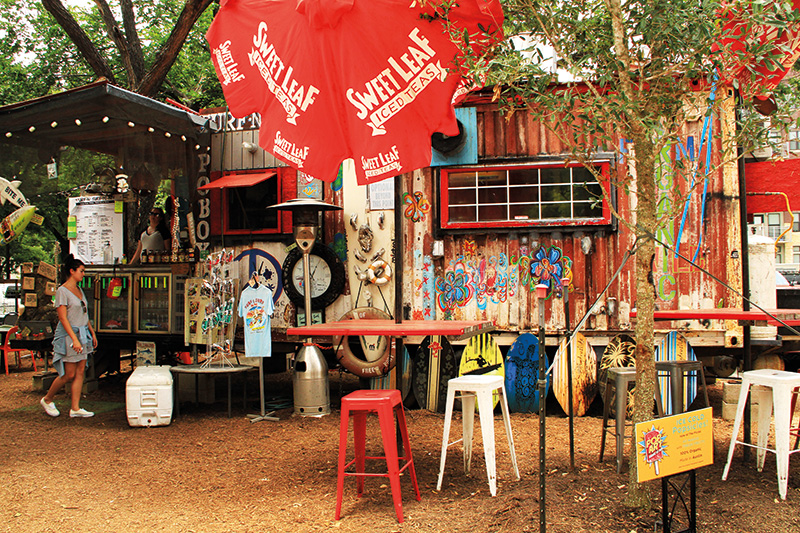 Tacos are a staple of the Austin diet. From fish tacos to classic Mexican, there’s a taco for every persuasion. Forget your usual bacon and eggs for the big night hangover cure, here it’s all about breakfast tacos. Try the city’s famous breakfast at El Alma with its bright Mexican artwork, cool, tiled floors and bottomless cups of coffee. Valentina’s Tex Mex BBQ serves up pork carnitas, beef fajitas and to die for brisket tacos from a silver food trailer. It’s the ultimate fusion of the city’s most popular food staples – tacos and barbecue.

Die-hard meat lovers can queue for up to seven hours at Franklin Barbecue. They gather in the early morning, forming queues that can last all day, for the ultimate in barbecue nirvana – sweet succulent pulled pork, tender turkey and its revered brisket, considered to be the best in Austin. This of course depends on who you talk to; Micklethwait Craft Meats is also considered the city’s finest. 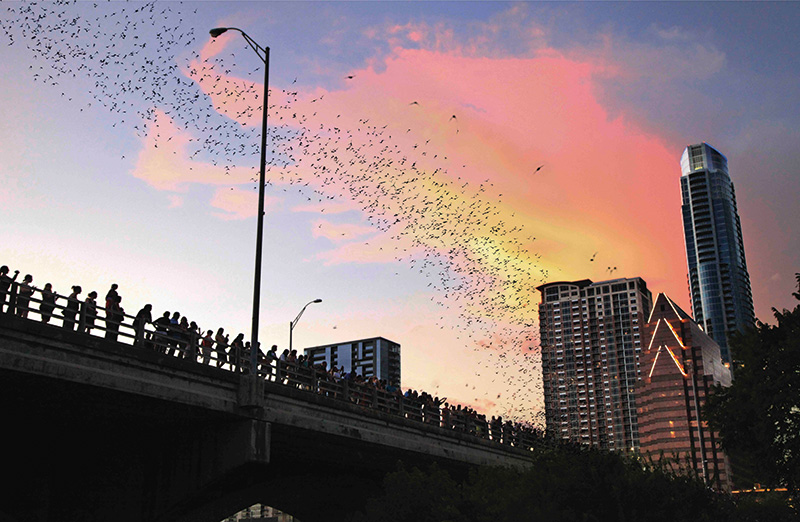 Some cities have SOHO, but Austin has SOCO, one of Austin’s hippest neighborhoods South of Congress Avenue. SOCO is where you’ll find Austin’s famous Amy’s Ice Cream – just look for the queue – and high-end food trailers. The eclectic strip is also home to Lucy in Disguise with Diamonds (where Bob Dylan bought some of his cool retro threads), Yard Dog Art Gallery, Allen’s Boots, Monkey See Monkey Do, Big Top Candy Shop and a bunch of retro and vintage stores. Afterwards stop for a drink at the cool Hotel San Jose.

Texas’ legislative centre, the largest in the US, opened in 1888. Much of the building, including the spiraling 66-metre rotunda, the chamber of the Hall of Representatives and the governor’s receiving room, look just as they did back then. There are free 30-45 minute guided tours of the building every 15 minutes or so, or you can take a self-guided tour at your own pace. Be sure to take a wander around the park-like grounds, where squirrels leap between beautiful trees and landscaped lawns, and admire this magnificent red granite building. 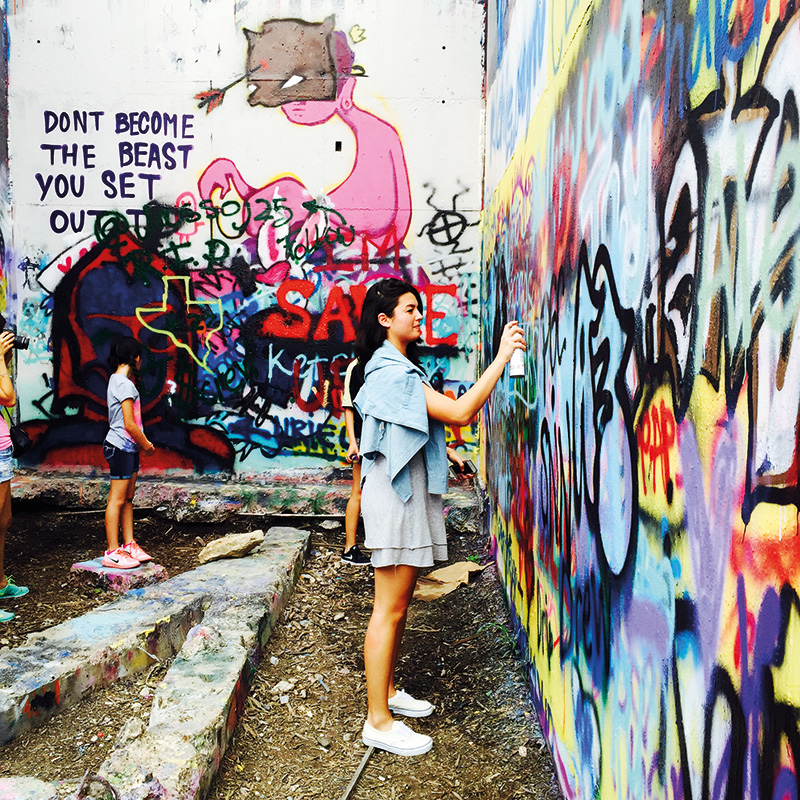 The colourful Hope Outdoor Gallery, an abandoned construction site which is now home to the artwork of many famous street artists including Shepard Fairey, is well worth a look. The park is a failed condominium development – its walls initially a magnet for graffiti artists and vandals – that has been resurrected as an emerging street art hub where artists from all over the city, and globally, continue to cover every inch of exposed concrete. Grab a can and leave your own creative mark on this vibrant park on the hill.

ITS LANDMARK HOTEL IS BELIEVED TO BE HAUNTED 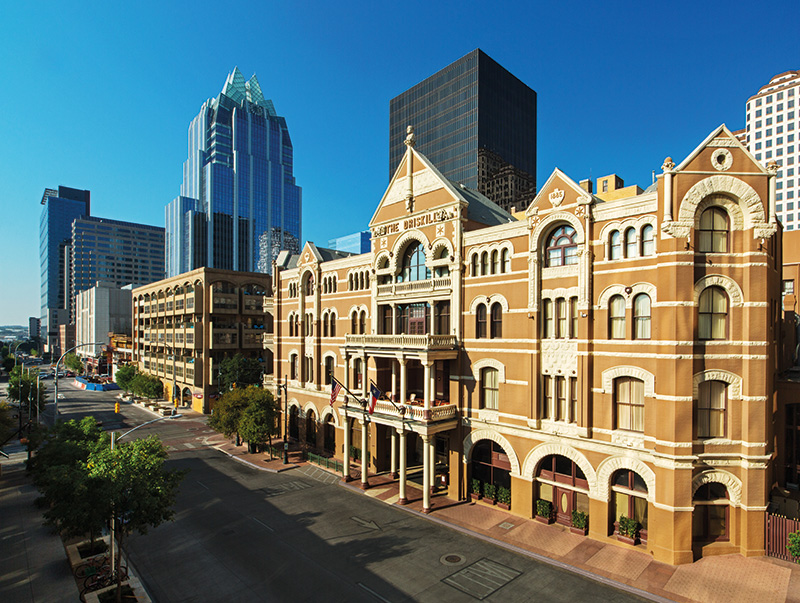 The Driskill Hotel, the oldest and most historic hotel located in the heart of downtown Austin, retains a true Texan feel given it was owned by wealthy cattle baron Jesse Lincoln, whose portrait can still be found in the opulent lobby. It’s said that Lincoln still haunts the hotel, which opened in 1886, having never got over losing the deeds to the property after the family lost their fortune in a severe drought.

The landmark hotel has been the setting for many political events. In the 1960s, Texan President Lyndon Johnson and John F. Kennedy waited here for the election results. Johnson actually proposed to his wife at the hotel. Downstairs in the elegant Driskill Bar, you half expect to find oil tycoons and cattle barons chewing the fat. Instead, it’s yet another fabulous live music venue. • 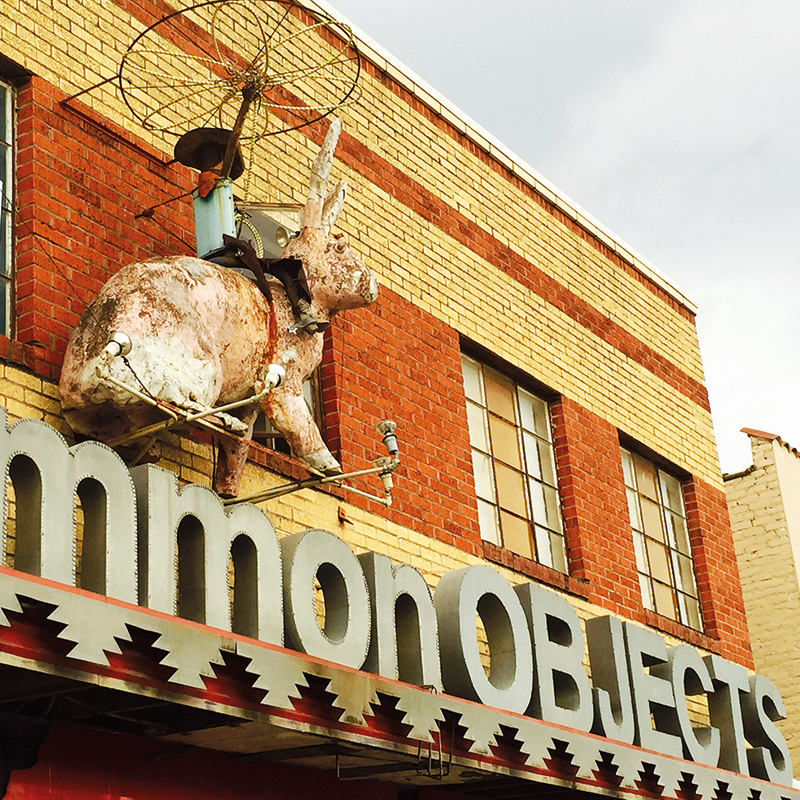 Air New Zealand offers non-stop flights from Auckland to Houston up to five times a week with easy connections to Austin. Connecting flights are available from Sydney, Melbourne and Brisbane. airnewzealand.com