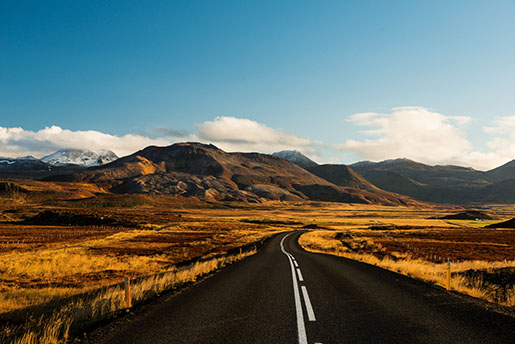 If you believe the old adage that the journey is the destination, then you’ll love these 10 road trips taking in wild scenery and off-the-beaten-track attractions from Iceland to Italy, Spain to Vietnam.

I’m not Johnny Cash, and I ain’t been everywhere, man. I haven’t been to Tallapoosa, Oskaloosa, Grand Lake or Crater Lake, for Pete’s sake. But I have been to Reno, Chicago and Fargo, and don’t you know, half the fun was in getting there. A great road trip is the quintessential travel experience, and the traveller who does not hold memories of the open road near and dear to his heart is rare indeed. Some trips are defined by the music playing over the car stereo, some by the company we keep, and others by the sheer beauty of the vista before and behind us. Once-in-a-lifetime adventures, breathtaking escapes and intrepid journeys make up our list of 10 unforgettable road trips. 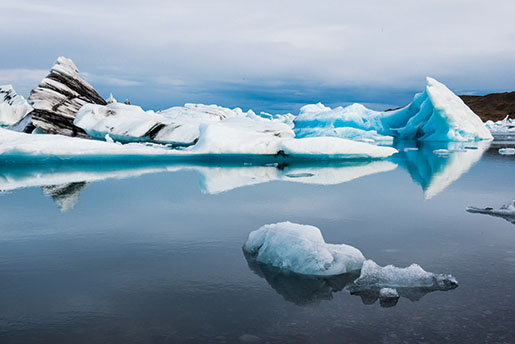 THE GREAT OCEAN ROAD, AUSTRALIA
A 243-kilometer track that whips along Australia’s southern coast, the Great Ocean Road kisses the Indian Ocean as it laughs in the face of vicious surf, intimidating stone pillars bursting from the sea (more than 45 metres in some cases) and overbearing kangaroos. The world’s longest memorial highway is the ultimate introduction to Australia’s charms,
or a refresher if you haven’t been on the open road in a while. Bell’s Beach is a great place to get reacquainted with your surfboard, penguins have been known to dance with the Twelve Apostles, while secret grottos and secluded bays abound. Call in at the Flagstaff Hill Maritime Village in Warrnambool, where you’ll learn about the many European ships broken to bits by chunks of coastal headland chipped off the continent.
EL CAMINO DE SANTIAGO, SPAIN

Traditionally, pilgrims walk the El Camino de Santiago, or the Way of St. James. The route begins at Saint-Jean-Pied-de-Port in France and ends, more than 800 kilometres later, at the Cathedral of Santiago de Compostela in Galicia, Spain. The journey takes roughly four weeks on foot and slightly less time if you’re able to procure a bicycle or speedy steed. I opted for car so that I might better explore Spain’s northern coast. I wined and dined in San Sebastian, Europe’s tapas capital; I inhaled rarefied air by trekking the spiky backbone of the Picos de Europa; I swam with rock giants along the Cantabrian Coast; and I called in at some of Europe’s most picturesque fishing villages, like sleepy Cudillero, where I snacked on fresh fish at twilight and watched the namesake lighthouse make calls to sea. 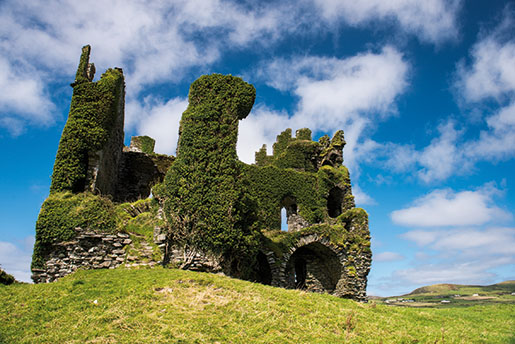 ROUTE 66, UNITED STATES OF AMERICA
This is a classic route that becomes more enjoyable the longer you drive it, especially when you’re rolling top down with Bob Seger at full volume. Route 66 officially ceased to exist in 1985 when America’s Interstate System took over the roads, but there’s still plenty to enjoy along the parts of 66 that survived. Pack your trunk with deep-dish pizza in Chicago then roll through Middle America, stopping at the 66 Drive-In theatre in Carthage, MO, Texas ghost towns, and wide open expanses of Arizona desert. As a bonus, old Route 66 connects with the Pacific Coast Highway in the west, California’s most scenic stretch of coastal road.
EAST COAST, TAIWAN

Taiwan is often overlooked and largely underrated, despite featuring some of the most stunning terrain in all of Asia. Away from the bustle of Taipei, the east coast offers white sand beaches (blissfully deserted most of the year), a craggy coastline and lush tropical forests. The Taroko Gorge National Park, south of the island’s highest peak (Hsuehshan, 3,883 metres) makes for a white-knuckle ride on the back of a powerful scooter. Go a little slower through the Qingshui Cliffs; this is Taiwan’s most dangerous road, though the views are nothing short of spectacular – don’t get distracted. Volcanic activity has warped the coast surrounding Shitiping into an imposing rock garden, while the interior jungle near Taitung is verdant and inviting and makes a great place for a picnic. Just don’t feed the monkeys. 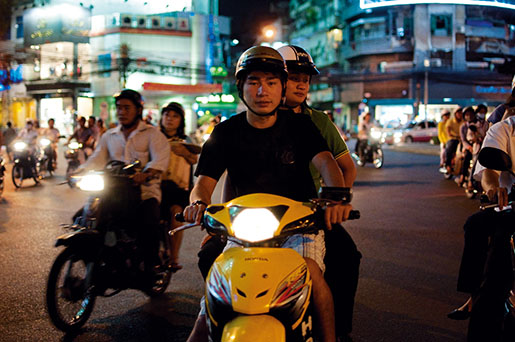 RING ROAD, ICELAND
Few roads offer access to geothermal pools, steaming mud baths, massive glaciers, thundering waterfalls and historic country cottages, but then few countries have as much to offer as Iceland. Stock up on hotdogs at a gas station in Reykjavik, the country’s capital, and head east towards Vik stopping at Seljalandsfoss, the famous waterfall, the Dyrhólaey sea caves (home to trolls, I suspect), and Reynisdrangar, rock formations that bear a suspicious resemblance to a dragon’s backbone. Continue to the Jökulsárlón Glacial Lagoon, but try not to park your car at the bottom of the icy water (I’ve seen it happen). This should also prepare you to explore the country’s largest glacier, Vatnajökull. The best bit? You’ve only covered 400 of the 1,400 kilometres along the Ring Road.
THE AMALFI COAST, ITALY

Italy isn’t all good looks, fine dining and red wine. Wait – it totally is. Italy has it all, including one of the world’s best coastal tracks, a 25-kilometre stretch of road starting at Salerno that was built for speed demons. No doubt you’ve seen twilight photographs of gorgeous Italian coastal towns propped up on terraces and thought, “I hope that photographer falls and breaks a leg.” You should know that envy is bad for your health, but Italy is good for your soul, so rent/borrow/steal a Ferrari (bonus points for lipstick red) and hit the road. Punch the gas and speed through endless mountain tunnels, breeze past the Mediterranean Sea and arrive in Positano with all the pomp and circumstance of a champion F1 driver. 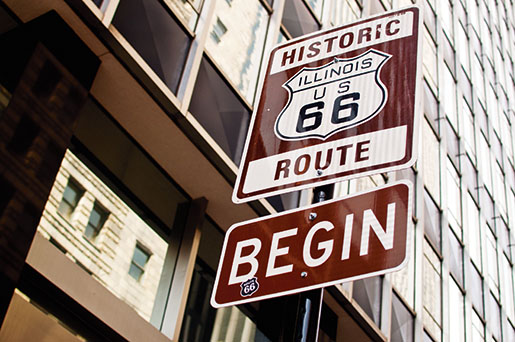 RING OF KERRY, IRELAND
One of the world’s great family friendly road trips, the Ring of Kerry has something for everyone (including plenty of tour buses). I was sceptical before departing on this trip, but quickly fell in love with the Irish countryside. The 215 kilometre loop from Killarney showcases the rolling green hills made popular in Irish Spring commercials, eclectic village pubs where the Guinness is always fresh, and the largest concentration of castles this side of a Robin Hood film. Drivers are supposed to stay to the left, but the country roads are so narrow that most people simply share the middle. Size matters. To escape the madness, consider a side trip to Skellig Michael, a monastery perched on a small island that you can reach by ferry via Portmagee.
THE SILK ROAD, CHINA
You’re probably not interested in tackling the entire Silk Road, since you’re not carting 300 kilograms of raw textiles from Baghdad to Beijing, but bits and pieces of this ancient trade route make for remarkable adventure. Kashgar, in China’s remote Xinjiang province, is rich in cultural attractions and is a good place to begin your journey. Travelling southwest along Highway 314 you’ll enter friendly Uighur villages, stare at the reflection of towering Muztagh Ata Mountain and the Tibetan Plateau across shimmering Karakul Lake, and hitch a ride on the back of a camel when your jeep invariably breaks down. Catch a few winks in an ancient mud hut in the unpronounceable town of Aoyitakezhen, herd sheep across the Kirzlesu River, and end your journey in Tashkurgan, ethnically Tajik, and close to the borders of Tajikistan and Pakistan. The Pamir Plateau makes for epic scenery, though manmade wonders like Tashkurgan Fort fight hard for your attention. 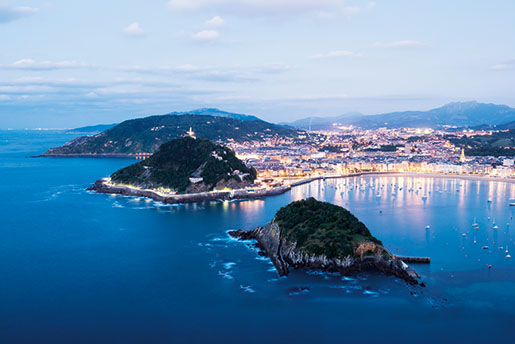 THE SEWARD HIGHWAY, UNITED STATES OF AMERICA
Alaska is big, bold and unforgiving. This is a place with mosquitoes the size of bowling balls and grizzly bears that build dens out of tourist bones. The Seward Highway weaves south from Anchorage for 205 kilometres, through snarling forests and state parks (have you ever met a friendly wolf?), follows the shore around Turnagain Arm, where icebergs dance with beluga whales, brings you face to face with glaciers bent on encroaching on your turf (looking at you, Exit Glacier), and ends in Seward, the gateway to Alaska’s fjord country,
a part of the country currently governed by ornery sea lions. Alaska doesn’t mess around.
HAI VAN PASS, VIETNAM
Popular consciousness wants us to believe that the only famous road in Vietnam was the Ho Chi Minh trail, though that’s simply not true (most of the trail was in Laos, anyway). The Hai Van Pass, a historical demarcation line between two ancient Vietnamese kingdoms, is famous among gear heads for being one of the best open driving tracks in the world. The 21-kilometre road bypasses the Annamese Mountains and puts drivers up close and personal with the East China Sea. Translated as Ocean Cloud Pass, the strip is notoriously dangerous; mist from the sea reduces visibility, creating nearly unnavigable stretches under certain conditions. The pass has been the site of two major rail accidents, thousands of car wrecks and a U.S. helicopter crash. Nevertheless, for serious drivers with a sense of adventure and a handle on safety, few roads offer as much excitement. •
Photography by Flash Parker.
Travel Facts
GETTING AROUND