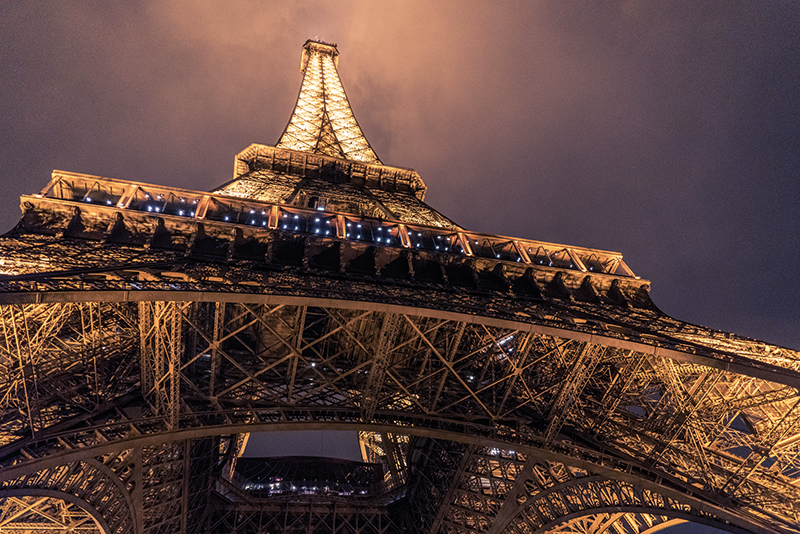 1. There are no crowds

The Northern Hemisphere winter and early spring are some of the most beautiful months to be in Paris, yet, strangely enough, also some of the emptiest. It is cold, the air is misty, but the sun is often shining, and the trees are bare, making it easier to appreciate the architecture. The cold season is not the only reason the crowds are low now, the recent terrorist activities have also succeeded in making people stay at home. But, as someone living in Paris, I can assure you that security is high, if not in your face, and the city feels just as safe as any large city around the globe at any time.

2. You can go ice-skating on the Eiffel Tower 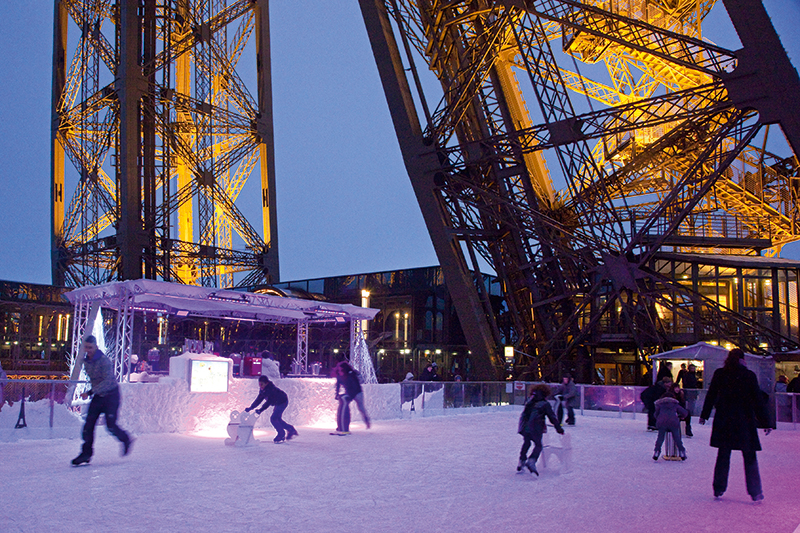 For a truly unique experience, take the lift or the stairs to the first floor of the steel lady, 57 metres up, and enjoy the views of the surroundings again without the crowds, as most people head further up. There is not even a ticket option for just the first floor, it’s so rare people stop there, so just buy a lift ticket to the second floor, and get out at the first. There you’ll find, for a limited time every year, a small ice-skating rink with free skate rental, and a small bar supplying you with such essentials as a glass of Champagne, a hot chocolate or a warm waffle. Last time I went up there, someone was proposing on the ice. A few steps away, there is also a glassed piece of floor for slightly different selfies, if you are so inclined.

3. The sales are on
France is famous for having two sales per year, in July and January. In 2017, the sales took place between 11 January and 14 February, but even a couple of weeks after, most shops still have a sales rack in the corner. What’s so special about the French sales is that they are true sales, and everything comes up to 70 per cent off, so it is well worth visiting with an empty suitcase in tow. Make sure you’ve got the big department stores on your list for great bargains. Then hop to the seventh floor of Printemps Maison for a coffee with great views across the city.

4. Paris Fashion Week takes over the city
Even if you don’t receive an invitation to the coveted front row at a Dior or Chanel runway show, the atmosphere in Paris during fashion week (1-8 March 2017) is electric, and the city is abuzz with fashion, models and photographers. Dress up, become a flanneuse (walking slowly because of your heels), sauntering through the Tuileries, around Palais de Tokyo and the Grand Palais, lick the windows (lèche-vitrine means window shopping) along Rue du Faubourg Saint-Honoré, and buy a tome-sized fashion magazine from any of the street kiosks. Grab a Champagne cocktail on the terrace of the Café de Flore and people watch. Who needs tickets to Chanel?

5. Hidden Paris opens up
Paris Face Cachée, literally Paris’ hidden face, but meaning Paris’ dark side, is an annual three-day event, this year taking place on 27, 28 and 29 January 2017. The idea is to discover Paris away from the picture postcards and allow yourself to get into the unknown. There are adventures, tours, behind the scene set ups, and access to places that are not usually accessible to the public that allow you to take a sneak peek. This is not to be mixed up with the Journées du Patrimoine (Heritage Days), where places such as the Élysée Place and various grand buildings open their doors.

Last year’s Paris Face Cachée included, for example, a tour up to the belfry of the Gare du Lyon, an underground cave beer tasting, a trip to Chinatown during the New Year’s celebrations, and a visit to the zoo after hours. The thing is, you can only choose a vague category, with each activity having a title in the form of a cryptic clue, such as ‘family experiments’, ‘risk the taste’, or ‘when thread has style’. But the categories sound scarier than they are, after all, it is all about showing Paris off, just not the Paris you usually see.

You don’t know which adventure you’ll be taking part in until after you’ve booked the tickets. Even the prices are a surprise: some are free, some activities charge a nominal fee, all according to the adventure you choose. And, if you’re worried about your French not being up to scratch, just take a friend, and enjoy the ride.

6. You can watch a château being restored 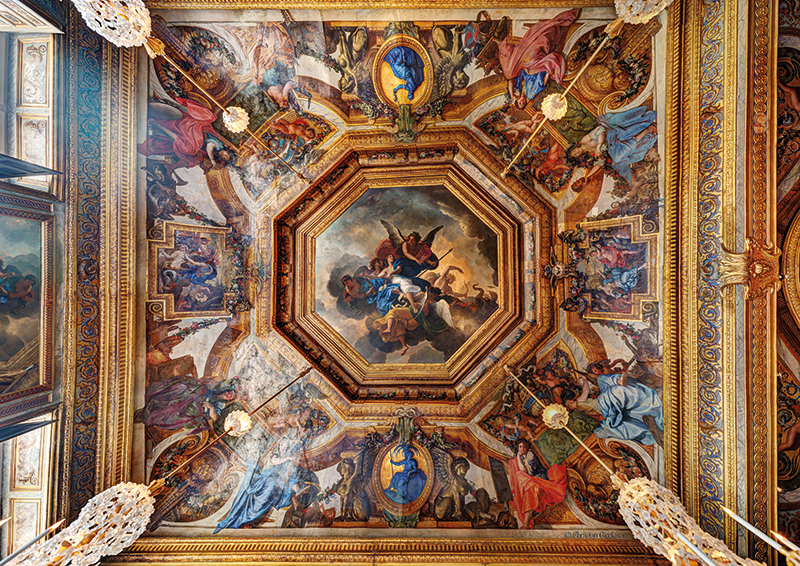 The beautiful 17th century Château Vaux-le-Vicomte and its gardens are roughly an hour’s drive outside Paris, and were the first of its kind to employ an architect and master gardener to create perfection, shaking things up from the then rather traditional approach. The perfection was such, that Louis XIV’s Versailles was inspired by this little gem. The château is perfect family size, with stunning gardens, water-features, a display of the family’s carriages, a good restaurant and a rather tempting shop. It is well worthwhile visiting.

But, this being one of the few châteaux in France still in private hands, the family is constantly renovating the treasures inside and out, and getting the public involved. Currently, there is a treat in store for visitors. The stunning ceiling of the Chambre des Muses, painted by Charles Le Brun, is being restored, and all the intricate work is going on behind glass, so you can get a first-hand look at how masterpieces are being restored professionally. 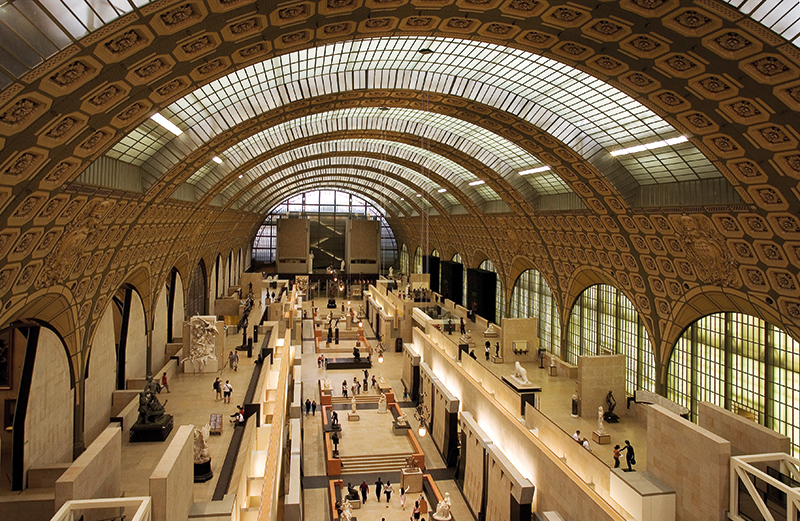 Throughout the year Paris hosts new exhibitions, but this spring you can just catch some superb exhibitions before they end. And, even though it is said that an exhibition in Paris without a queue is not worth attending, everybody has already seen these gems, so you can jump right in without the crowds. For instance, the fabulous Musée Marmottan Monet hosted Hodler, Monet, Munch until 22 January. Rembrandt, The Decisive Years was on until 23 January 2017 at the Musée Jacquemart-André, and whichever exhibition you see, do pop into the museum’s cafe afterwards for a lemon tart, as they are superb. You could have caught Henri Fantin-Latour’s still-lives at the Musée du Luxembourg up until 12 February; while at everybody’s favourite, the Musée d’Orsay, the exhibition of the young and very talented Frederic Bazille is on until 5 March.

If you prefer science to art, hop over to the Musée National d’Histoire Naturelle in the Jardin des Plantes and see their very underrated collection of Treasures of the Earth, minerals and geological gems, until 3 April 2017.

From 4 April until 21 August you can catch a selection of masterpieces on loan from the Bridgestone Museum in Tokyo and the fabulous Musée de l’Orangerie, and can combine your visit with another good look at Monet’s Waterlilies.

8. The Grand Marché d’Art Contemporain is on
Forgo the tourist traps of the Marché des Puces in Saint-Ouen and instead head for the insider contemporary art and antique market at Chatou, on the Ile des Impressionnistes. This island in the Seine was named for the impressionist painters such as Auguste Renoir, who painted boating scenes along the river, such as Rowers from Chatou. The market attracts some 150 artists and takes place, for the 17th time, on the weekend between 24 and 26 March 2017.

9. You can become a sweet Saint Valentine
As the saying goes, the way to a man’s heart is through his stomach, and women aren’t immune either. In this city of love, food and drink, there are some great places to step out of a chilly day into grand, warm, and historic surroundings to learn a few new skills. Head straight to the bar that was once propped up by Hemingway and the Fitzgeralds, and learn some serious cocktail shaking skills in the Ritz. Alternatively, why not learn how to make those heavenly macarons, or to create a fresh croissant for a romantic breakfast in bed back home? 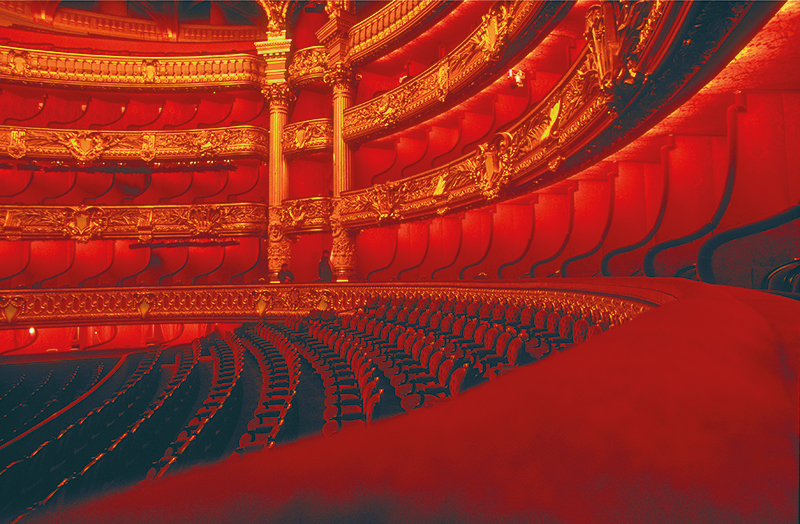 When it’s drizzly out, dress up and head for a concert. This being Paris, there are some fantastic venues to choose from, which are worth going to just in their own rights, such as the Palais Garnier with its the beautiful Chagall ceiling. •