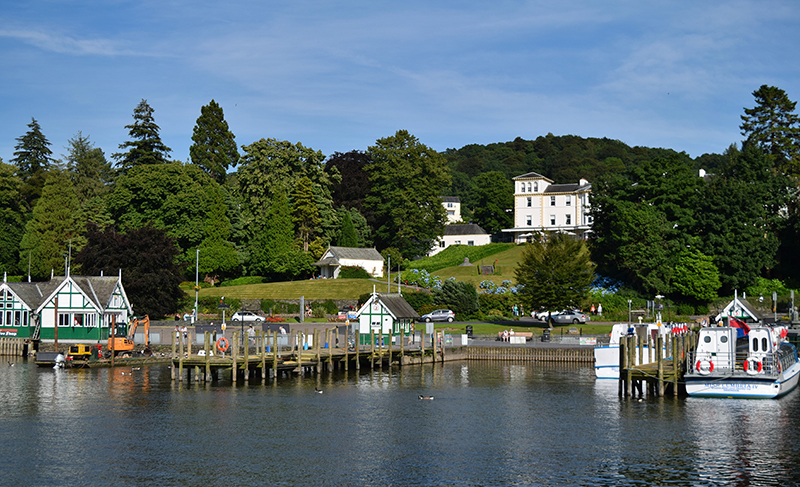 The scene is one typical of storybook England. Bowls of water basin surrounded by soft padded hills with stitched patchwork of stone walls dividing farms dotted by specks of woolly sheep. In the many towns and villages, traditional houses with slate roofs create the perfect backdrop for lyrical prose and magical stories, and it is here that I’ve come to follow the trail of two of England’s literary greats in search for inspirations of my own. 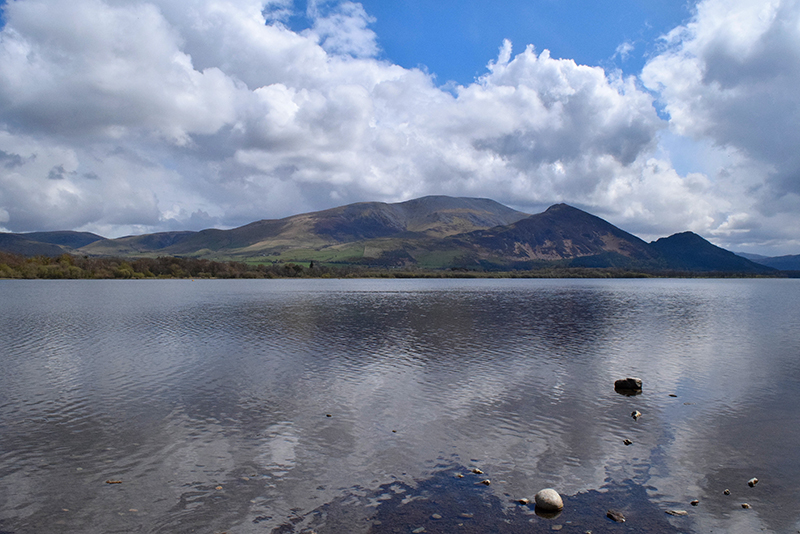 Of course, he would feel such kinship to the area, for William Wordsworth was a born and bred Lake’s man. At the Wordsworth House and Gardens in Cockermouth, the Wordsworth family home is now a museum dedicated to his childhood as well as a showcase of the lifestyle of a Victorian middle class family.

Leaving Cockermouth following the Wordsworth path to Grasmere, I pay homage to this great English poet at his grave at St Oswald’s Church in Grasmere. The nearby Dove Cottage, where Wordsworth lived in his later life with his sister, is now a shrine to his life and works.

A lake retreat in a country house 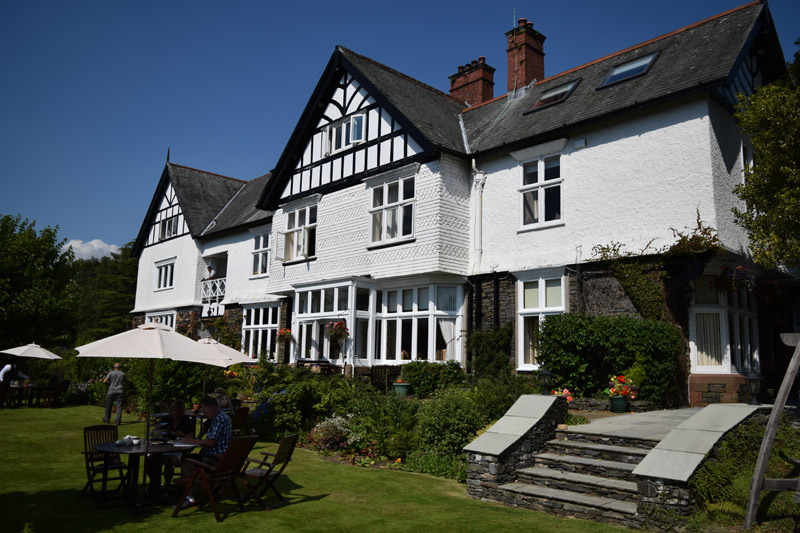 There is no better way to experience the Lake District than to stay in a country house, and from the windows of my room at Lindeth Howe Country House Hotel, on a quiet hill away from the tourist crowds, the glistering water of Windermere appears glamorously beyond the lush green trees.

It is, as the English would say, delightful. The air is scented with garden flowers, rich with the sound of the buzz of the bumble bees, and red Robins making their presence known with their flame-coloured breasts and songs of a joyful spring.

This is the house where Beatrix Potter created her little grey squirrel Timmy Tiptoes and as I sit here with a cup of tea, I wondered if this was the view which made Beatrix Potter purchase this house in 1915.

Beatrix Potter and her Lakes District 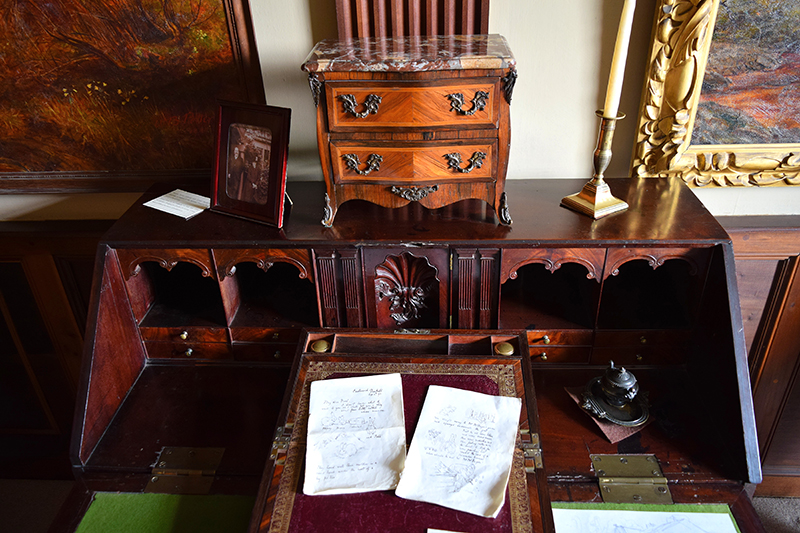 Having grown up with the tales of Tom Kitten, Tiggy Winkle, Samuel Whiskers and of course, Peter Rabbit, I am feeling a little star struck. England’s Lake District is Beatrix Potter country.

Originally from London, the Potter family holidayed in the Lake District every year, and young Beatrix, lacking friends and social opportunities at the time, sought company with her imaginary world, inspired by her many pets and the nature that surround her.

She loved the area so much that later in life, she moved here and became a big part of the Lake community at Near Sawrey, where she settled in her farm cottage, Hill Top. She went on to buy more properties and farmlands, eventually becoming as well-known landlady as she was a published author. 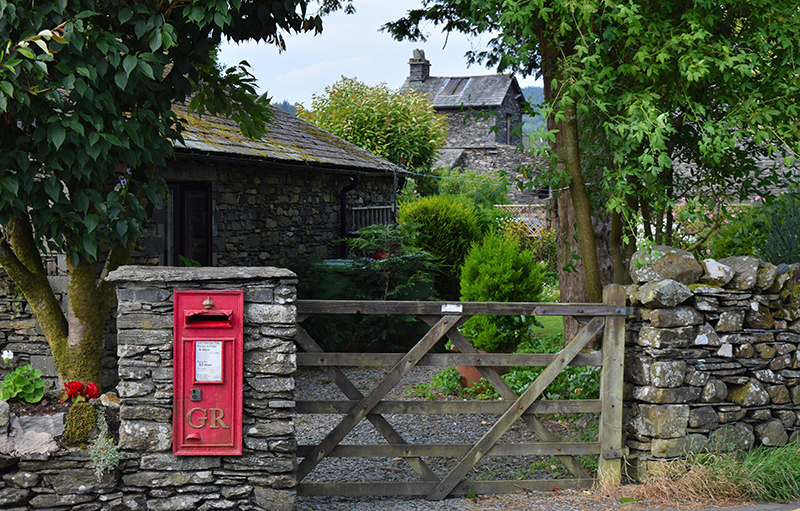 Wandering the village streets of Near Sawrey, I swear I saw Tom Kitten, Moppet and Mittens scurry under the windows of a corner country house, the setting of Ginger and Pickles’ shop in Potter’s stories, as well as the waddling shadows of Jemima Puddle-Duck in front of the local pub, the Tower Bank Arms.

The Lake District is filled with the magic of Beatrix Potter, and I found, just by being here, my imagination had already run away under her spell.

The English Lake District now a UNESCO World Heritage Site
Beatrix Potter left a legacy of conservation and protection of the Lake District, and made her home also the settings of her many adorable stories. Using income she received from her books, she purchased land that was at risk of falling into the hands of greedy developers and upheld the traditional farming life of the villages. 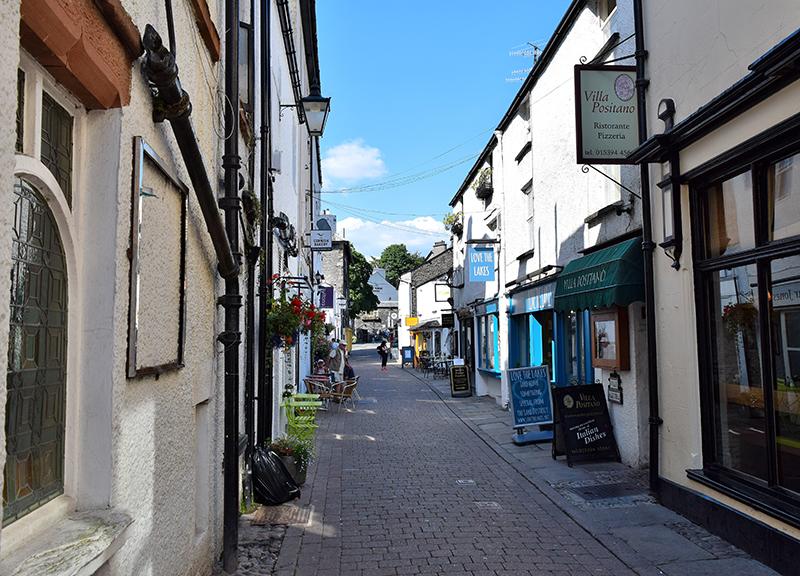 Like Wordsworth, she wanted those who come here to be worthy of the land’s beauty.

Now, this dramatic landscape carved by centuries of weather and human development has been recognised by UNESCO as one of the new sites on their World Heritage List.

Both William Wordsworth and Beatrix Potter would have approved. •

Getting there
Etihad Airways has multiple scheduled flights to Manchester, the closest international airport to the Lake District, via Abu Dhabi. etihad.com
Northern Rail has good connections to the region from Manchester to Kendal and Windermere of the Lake District, where local buses provide services to other parts of the region. northernrailway.co.uk

Where to stay
Former home to Beatrix Potter’s mother, Lindeth Howe Country House Hotel is located on a quiet hill at the popular Bowness-on-Windermere, has rooms starting at £180 including full breakfast daily. lindeth-howe.co.uk